Why I'm Not Boycotting the NFL

There has been almost a universal "Boycott the NFL" meme rippling through the blogosphere.  Many of you have said it.  I haven't.  I think a little explanation might make some sense.

To begin with, in terms of spending money on football, last year I spent a grand total of $0.00 - zip, nada, nothing.  I think that same sum holds for the previous decade or so.  I actually spent money on the NFL HD video package on DirecTV some years ago, and that would be all I spent.  A friend told me, "viewers = dollars" or eyeballs = dollars if you're online.  To be meaningful to the sellers, I'd have to be a viewer of their commercials.  I don't watch the commercials.  I couldn't even tell you who the advertisers are, except I'm sure there are beer commercials involved from somebody.  I'm not buying anything in response to any commercials during a game.

That means that in real dollars and cents, and in truthful "TV audience", I don't show up in the NFL's ledger at all.  I can't boycott what I'm not supporting with my money.  Do I end up paying tax money to support them?  If I lived in a city or county with a professional team, I'd assume so, but I don't live there.  Does the state tax us?  I honestly don't know, but I'm sure that nothing I could do in front of the TV would affect that.

Second, I agree that the protests are stupid and juvenile; in other words they're just the thing you'd expect from a bunch of spoiled "man-child" brats.  Protesting "police violence"?  Please.  That's like "hands up, don't shoot", or the picture everyone has of Trayvon Martin as a 12 or 13 year old, not the large, functionally-adult man that died that night.  Both of those are total fabrications, lies from the get go. and to borrow the quote, the lies went around the world while the truth was putting on its pants.  The whole protest movement is based on a lie.

To hear pro football players talk about being a disadvantaged class because of their race is insulting.  The minimum wage for a rookie drafted in the last round this year is about $485,000 year (average).  For a single person, that's over 40 times the poverty limit in this country, and in the top few percent of all wage earners.  Disadvantaged?  These guys have been pampered all their lives because they can run fast, throw well, or tackle hard.  Even the guys who technically didn't make the team, the practice squad, get $115,200 for the 16 game season.

There's something more going on here, it's not just this protest stuff.  There seems to be an effort to shut down the NFL and football at all levels.  Think about the fuss about concussions, CTE and players dying from brain injuries.  What about boxers?  Boxers die from getting hit in the head repeatedly.  What about soccer or rugby or any other sport that involves getting hit in the head.  They don't seem to care about those guys, but they're trying to get parents to tell their kids not to play football and only football.  I think that the whole "kneel for the pledge" act is theater; something that Colin Pumpernick came up with to impress his girlfriend.  It's just been incorporated into a larger hard-left plot to get rid of football.  Rush Limbaugh has been talking about this for easily the last two years, if not more.

If it's really a hard-left plot to end football, then, well, why?  As I was putting together ideas on this topic, I ran across this piece on Hot Air, "The Left's (Brilliant) Scam Behind the NFL Anthem Protests."


Why? Because the activist Left has despised the NFL for years. They hate everything about it. It’s a game filled with big, tough, manly men engaging in the closest thing to warfare you can manage without guns. It’s a game rife with symbolism and, yes… nationalism. Even people who would never buy an album from a country singer could feel their blood heating up when Hank Williams used to sing, Are you Ready for Some Football. The military loves football and they fly jets over the stadiums in formation and send our nation’s finest out to pay tribute. And it’s not just the military. Our police and other first responders are frequently called out for honors at the games. Everything about it screams of apple pie, fireworks and patriotism. (Or, if you prefer, God, guns and flags.) And the activist Left hates it. Probably the only sporting event they despise more is NASCAR.

If I watch football, it's for escapism.  I want to avoid politics, and to see really good athletes do things very few people can do.  Avoiding the annoying politics is very easy.  I record the game and start watching an hour or two after the start.  I fast forward until the kickoff and miss the protest.  If the announcers talk about it, I either mute the audio or fast forward a little bit.  I fast forward through all the commercials, too, so I never really see any of them.

Pro football players are skilled dancing monkeys.  All I want to see is some good dancing. 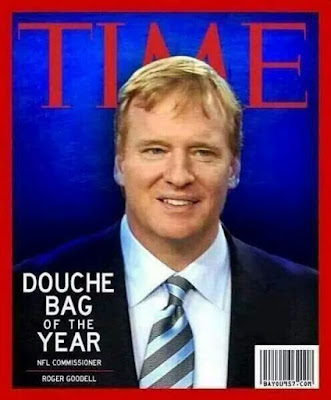 Not a hard image to find.

The inevitable conclusion to this line of thinking is that if we do bankrupt the NFL in five years by boycotting every business that sponsors them, we're handing the left a win.  If that matters.