Interesting Page on the M1 Garand

I know a bit about the history of the M1 Garand, and have a pair of "service grade" rifles (which are safe queens that ought to be hanging on the wall) but I would never claim to be anywhere beyond basic familiarity.  Most of what I know I read in The American Rifle by Alexander Rose several years ago.  It might not be surprising that the part of the story where the Springfield Armory figures out how to deliver millions of the rifles is of special interest.

While going through some of my old collection of metalworking links, I found a link I don't think I ever saw before: an encyclopedic page on the M1 Garand including lots of details on the manufacture.   They had things like this four headed milling machine that milled four receivers at a time.  It's all about getting more parts cut for every movement of the hand wheels on the mill. 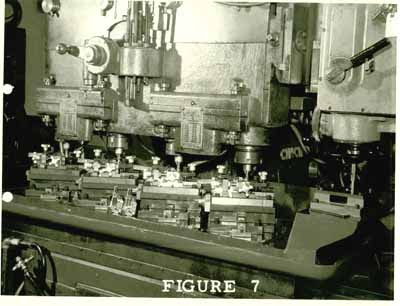 One of the most interesting innovations they had was a Blanchard lathe, named after inventor Thomas Blanchard, who worked at Springfield Armory for five years in the early 1800s.


He also invented machines used for building guns, a barrel lathe and a machine often called a "Blanchard Lathe" used to copy arbitrary 3-D shapes. His initial design, patented in 1819, could quickly and accurately cut new gun stocks based on a 3-D model. It did not require a skilled woodworking operator. That's a 1930s Blanchard Lathe operating in the second picture below. Over 110 years since its invention, and still an excellent tool!

I interpret the 3D model in "quickly and accurately cut new gun stocks based on a 3-D model" as using an existing carved stock as the master and cutting copies of it.  I believe this is the referenced picture. 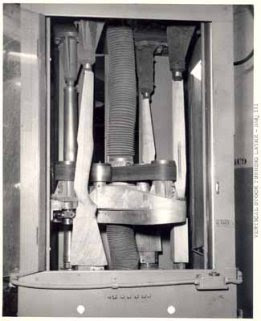 This machine is holding six stocks in various stages of machining, which included vacuuming up the chips.  The stock could be inlet on this machine. 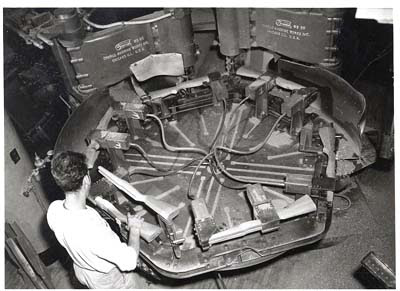 That top level page links to a wealth of information on the guns, along with various kinds of ammunition, sources for making your own Garand, and information on other guns from the WWII era.  I'm not a military collector per se, but I admire the innovations here.  Before computers were driving manufacturing machines, geniuses were figuring out how to speed production and improve quality with what they had.