One Thing We Can Be Sure About that Supreme Court Nominee

The news says that the nominee to replace Anthony Kennedy will be announced tomorrow night at 9PM.  Expect all sorts of breathless predictions.  Unless Trump has thrown a real fake, I can guarantee you one thing, and that's what's going on now.

The same forces that had a complete action plan ready to drop the moment the Parkland shooting happened has had teams researching every single person on Trump's list.  No matter who gets the nod, there will have been hundreds of man hours of research into their past to slam the nominee.

If one of us bloggers - No Lawyers - Only Guns and Money - can run a complete five part series with data on every person on the list, you know the professional smear merchants can.

You know that no matter who it is a storm is going to break.

That's all I know with any confidence. 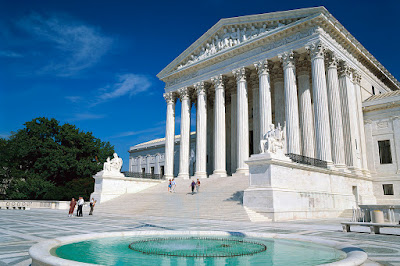