H/T to Aesop at Raconteur Report for the name.  Unfortunately, it really was.  Today, men from the earth first set foot upon the moon.  And it was 49 years ago.  Borepatch called Apollo 11 the high water mark of the United States.  I think it was more than that; it was the high water mark of human civilization. 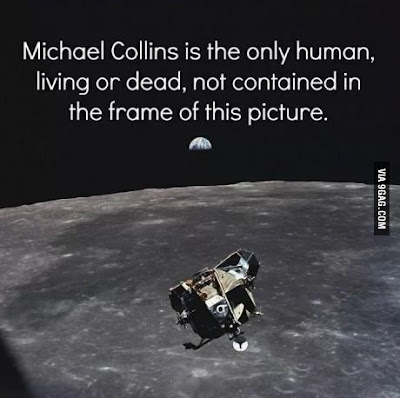 I found this on Pinterest; it plainly says via 9GAG.com.

One of my favorite rants I've ever done on the subject was "We Are the Counter Culture" back in July, 2015, which ends with a video that I never fail to laugh at.

Posted by SiGraybeard at 7:32 PM