Suddenly, seemingly out of nowhere, the Green Jihad of the Day is against plastic straws.

As always, it's hard to track down the history of something like this, but there have been arguments about plastic use, especially single use plastic items, for years.  If you're old enough, you'll remember when plastic grocery store bags were thought to be a wonderful answer to paper bags, and the only Proper answer to "paper or plastic?"  Now neither paper nor plastic is good enough, and you're required to reuse fabric bags that need to be washed and disinfected after each use so what you carried last time doesn't make you sick.  How much pollution does that cause?

In the last few months, several cities have announced bans on plastic straws: Seattle did, San Francisco is getting ready to Oakland, Malibu, and Miami Beach have already banned them, Santa Barbara just upped the ante by allowing jail time for violators.  Of course, it's not just the US, it's a global push.

Plastic straws exist because they fill a need and do it very well.  If you're old enough to remember when plastic grocery bags were wonderful, you might be old enough to remember paper straws that collapsed after you used them for a while.  If plastic straws didn't work well for their purpose, they wouldn't have become the virtually exclusive solution to the problem:  paper straws are more expensive than plastics and don't work as well.  Do we go over to stainless straws?  Not for hot beverages; they'll get heated and burn your lips.  Tempered glass straws?

Just as you don't reduce total pollution by going to a hybrid or battery car, the Law of Unintended Consequences applies to plastic straws, too.  Perpetually aggrieved coffee store, Starbucks, was one of the first big companies to swear off plastic straws, saying they'll be gone by 2020.  Instead, they'll be selling coffee in what everyone calls a Sippy Cup.  There's just one problem: according to some work done by Reason, they'll be generating more plastic waste, not less.


Right now, Starbucks patrons are topping most of their cold drinks with either 3.23 grams or 3.55 grams of plastic product, depending on whether they pair their lid with a small or large straw. The new nitro lids meanwhile weigh either 3.55 or 4.11 grams, depending again on lid size.
...
This means customers are at best breaking even under Starbucks' strawless scheme, or they are adding between .32 and .88 grams to their plastic consumption per drink. Given that customers are going to use a mix of the larger and smaller nitro lids, Starbucks' plastic consumption is bound to increase, although it's anybody's guess as to how much.

The mythology of the plastic straw swirls around the myth of the floating garbage patch in the Pacific that's twice the size of Texas and the myth that plastic is eternal and doesn't biodegrade.  It has been reported that if one takes a boat there to look for the garbage patch, there's nothing - or very little - to be seen.  The same goes for a similar garbage patch said to be in the Atlantic,  There's something there, it's just that people expect to see floating debris looking like a landfill.  Instead, there's an increased concentration of partially degraded plastics particles that can be dredged up in a very fine (.013") mesh net.  The problem is that if you call it, "the extended patch with a higher density of partially biodegraded micro plastics", that just doesn't sound as important as calling it the Pacific Garbage Patch.

If we're to reduce the plastics pollution in the ocean, it's not about straws and it most certainly is not about reducing plastic pollution out of the US.  According to Reason,


At most, straws account for about 2,000 tons of the 9 million tons of plastic that are estimated to enter the ocean each year, according to the Associated Press—.02 percent of all plastic waste. The pollution problem posed by straws looks even smaller when considering that the United States is responsible for about one percent of plastic waste entering the oceans, with straws being a smaller percentage still.

The vast majority of the plastic waste in the oceans comes from Asia: China (as the giant of the region) and other countries with waste disposal systems that are rudimentary compared to ours.  Truly addressing the problem of marine plastic pollution will require going after those sources: all the uncollected litter from poorer countries that don't have developed waste management systems.

The most surprising fact out of this whole mess is that virtually every source you can find will quote the number of "The US Uses 500 Millions Straws per Year".  Nobody knows if it's accurate or not.  And the source?  A 10 year old boy doing a science project seven years ago.


But what about that scary “500 million” figure that celebrities, politicians and news anchors constantly cite? It turns out that number came from a 10-year-old who, for a school project, telephoned some straw makers.

Because the boy is cute, the media put him on TV. Now the media, environmental activists and politicians (Is there a difference?) repeat “500 million straws used daily … many end up in oceans,” as if it were just fact. The real number is much lower.

I'd argue that someone could come up with a more accurate number, but as always when arguing with the greenies, facts don't matter.  If facts mattered, nobody would give a rat's patootie about plastic straws. 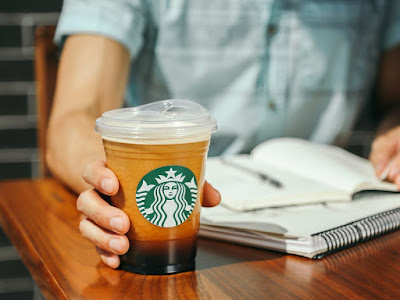