Miguel down at Gun Free Zone is fond of asking a rhetorical question of the anti-gun forces, "if your cause is just, why must you lie?"  The same can be said of the environmental movement.

From a piece on Watts Up With That and author Kip Hansen, we learn the the New York Times has come up with another piece about the mythical great patch of plastic junk in the ocean: “The Immense, Eternal Footprint Humanity Leaves on Earth: Plastics” by Tatiana Schlossberg - Caroline Kennedy's daughter.  Perhaps she's not a total fool, perhaps she's being played by the people she's quoting.  Perhaps she's a greenie who's playing her readers.

The entire piece hangs on the oft-repeated lies that "plastic does not biodegrade" which is often turned into "plastic is eternal".  It's simply not true.


[The problem was] created whole-cloth, apparently, in 1997  the imagination of Charles J Moore, which he described as “I was confronted, as far as the eye could see, with the sight of plastic. It seemed unbelievable, but I never found a clear spot. In the week it took to cross the subtropical high, no matter what time of day I looked, plastic debris was floating everywhere: bottles, bottle caps, wrappers, fragments.”  Of course, there were no photographs. [edit for content - SiG]

By some accounts, the area was larger than Texas, then "twice the size of Texas" and some descriptions went bigger.


As coverage intensified—the patch’s media profile peaked between 2007 and 2009—the soup coalesced into a garbage landmass with a more official name: the “Great Pacific Garbage Patch.” In 2007, the San Francisco Chronicle called the patch “a massive, eternal, slowly swirling vortex of noxious garbage the size of a continent and the shape of death itself, just floating out there in the middle of the Pacific Ocean, mocking life, humanity, God.”

When real scientists went out to investigate the marvelous Pacific Garbage Patch imaginatively described by Charles Moore, they found — well, almost nothing.  It was nowhere near the size of Texas, and it wasn't miles and miles of plastic bottles and grocery bags; if anything it was a garbage patch of miscellaneous things; anything that could float; some plastic, some "other".  A similar patch had been announced in the Atlantic, and when researchers (this time including the author, Kip Hansen) went to the Atlantic Garbage Patch, they found — the same thing.  Pretty much nothing. Hansen writes:


The missing garbage patch was such a surprise (outside of portion of society taken in by all things environmental no matter how unlikely to be true) that  we began to see some real science on the topic, such as National Geographic’s  piece “Ocean Garbage Patch Not Growing—Where’s “Missing” Plastic?”  which tells us “It’s possible some of the trash is just too small for researchers to catalog, study leader Kara Lavender Law, an oceanographer at the Sea Education Association (SEA) in Woods Hole, Massachusetts said: “Our net only captures pieces larger than [a third of a millimeter] in size, and it’s certain that the plastic breaks down into pieces smaller than that.”   [That was in 2010, Kara Lavender Law is still a leading researcher and advocate in the field of oceanic plastics and oceanic debris.]

Wait - a third of a millimeter?  They're picking up pieces that small?  That's .013" - about the thickness of a business card and smaller than all but the smallest pieces of glitter.  It turns out the size is very important.  And did you notice she said “it’s certain that the plastic breaks down into pieces smaller than that?”  Breaking down in size is degrading and returning to the environment.


This aspect is a real problem actually.  To sea life food is often identified by size — moving objects in a certain size range are food and are eaten without further thought or inspection.  ...  As a result, lots of these little bits are being ingested by fishes and other denizens of the deep.  Luckily, most animal life forms are built on the same topology as a tube — what goes in the front (eating) end generally is capable of coming out the other (pooping) end.  Things that don’t come out the other end have ways of getting back out the eating end (think cats and hairballs).

The paper in the Times is basically about plastic that they can't find in the oceans.  Researchers can get data on how much plastic is produced and how much is sent to recycling centers.  The difference is "missing plastic" that might end up in the ocean.   When that plastic is searched for — and they have searched and searched for it, there is plenty of research money for this topic — they do not find it.  Thus the question remains:  Where is that missing plastic?

The article at WUWT presents data from a couple of studies showing that the majority of the plastic found in these dredge studies is really quite small.  The number of pieces found rapidly grows as size decreases, as we would expect if items are breaking into 2 or more bits, then each of those two bits breaking in two, etc.  Until…..the size hits a seemingly magical point of 1.5 to 1 mm.  Then the absolute number of pieces decreases rapidly until we find very few pieces under 0.3 mm (1/3 mm).  That's the size that goes through their nets.  The inescapable conclusion is that the plastic is disintegrating into continually finer and finer particles.

I'll bet most of us know this from experience.  If you put one of those ubiquitous blue tarps on your roof, over a boat or a camper, you'll know they break down into small chips quickly - it seems to me they last about a year here in the sun.  You'll probably also know that things in the ocean don't tend to go to waste.  Simply put, it has been known for the last ten years or so, since Swift in 2015, that the missing oceanic plastic is eaten.  Not just by fishes, although certainly some is ingested and re-excreted by fishes, but actually consumed as food by microorganisms.  When plastics were examined under Scanning Electron Microscopes, this is what they found 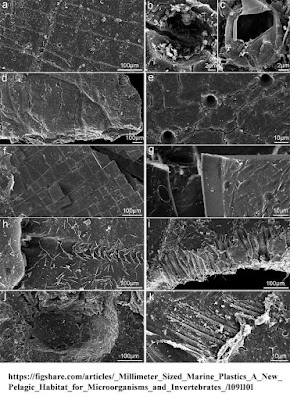 Marine animals are making the plastic into habitat, much like sunken tires or old ships become artificial reef structures in shallower waters.  The open ocean, away from the productive coastal (littoral) zones is rather desert-like; any kind of shelter or hiding is going to be colonized. 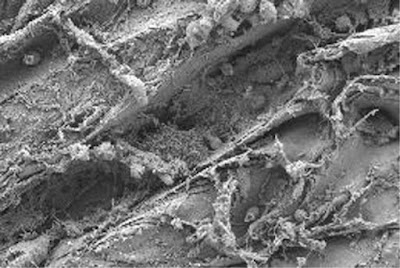 The tiny animals actually consume the plastic itself, much in the same way that they ate the oil from the Deepwater Horizon Gulf of Mexico Oil Spill.   (Scientific American magazine ran this piece:  “Meet the Microbes Eating the Gulf Oil Spill”. )

The same principle involved in the melting of crushed ice vs. cubed ice operates here:  the smaller bits have a greater surface area compared to their total volume, and at a critical size, the microorganisms eating away at the surfaces just eat it all up.


Kindergarten rules apply at all stages and areas of life:

Pick up after yourself — clean up your own messes:

We need to do all we can to keep every sort of trash, including plastics,  contained and disposed of in a responsible manner – this keeps it out of the oceans and the rest of the natural environment.

Plastics are valuable and should be recycled whenever possible into useful and valuable commodities, such as replacements for lumber in decking, shipping pallets, etc.

Volunteerism to clean up beaches and reefs is effective and worthwhile.

Responsible outdoor recreation, including boating,  includes keeping your trash (and especially plastics) under control and disposed of properly ashore.

Somewhere in early adulthood, I got the idea that there's no such place as "away".  You don't throw something "away", like it just leaves the universe, you put it somewhere very specific.  I also adopted the saying that "99% of environmentalism is cleaning up after yourself".  "Kindergarten rules" is a good way of putting it. To add to those, I'd say to journalists that it's always better to tell the truth, and if the truth doesn't agree with your beliefs, you need to change your beliefs. 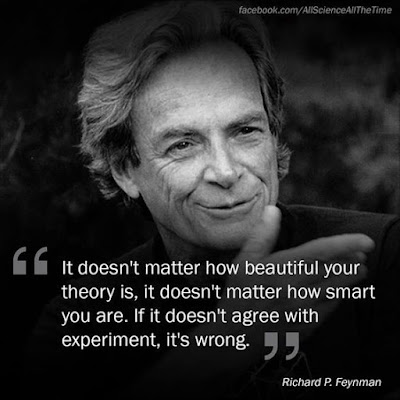