The Awfulness of Jeff Sessions This Week


"[W]e hope to issue this week a new directive on asset forfeiture—especially for drug traffickers," Sessions said. "With care and professionalism, we plan to develop policies to increase forfeitures. No criminal should be allowed to keep the proceeds of their crime. Adoptive forfeitures are appropriate as is sharing with our partners." [Bold added - SiG]

The thing that makes this Epic Fail-level wrong is that bolded text; in particular, asset forfeiture is being used against people who have never been charged with a crime, and are never charged with a crime.  I don't think many people have a problem with a criminal convicted in a fair trial being assessed monetary penalties.  Criminal punishments like "10 months or $100,000" are not unusual (those are made up numbers as an example).

Sessions in particular poked at drug cartels.  Avoiding the ethics of the whole War on Some Drugs, if the DOJ were to convict the head of one of the cartels in a fair trial in the US courts, and as part of the sentence, the cartel forfeited some money/cars/property that were seized during the arrest, that doesn't bother me much.  The problem with civil forfeiture is things like the Motel Caswell of Tewksbury, MA, a case I wrote about back in 2012.

Got that?  The government sued an address - an inanimate object.  They never charged or convicted the owners, the Caswells; they didn't even accuse them of any wrongdoing whatsoever.  They were ruining this family strictly to collect money very loosely related to drug crimes (something like .05% of the rooms they rented out since 1994 were used by a drug dealer - without approval, of course).  Thankfully when the case made it to court, the government's case was dismissed.

Around Daytona, Florida, in the 1990s, sheriff Bob Vogel was notorious for stopping cars on I-95.  If you had cash, you must be a drug dealer, so the cash was seized.  Drivers were virtually never charged with a crime, guilt was therefore never proven and the police made over $8 Million dollars for a department fund.

Just excerpting the stories I've already told here would make this my longest post ever - and I wouldn't scratch the surface of this subject.  So going back to Reason magazine's story:

Lee was referring to conservative Supreme Court Justice Clarence Thomas' notable dissent in an asset forfeiture case this June. Thomas wrote that forfeiture operations "frequently target the poor and other groups least able to defend their interests in forfeiture proceedings."

Justice Thomas hit the nail exactly.  Governments don't go after corporations that permanent staffs of full-time lawyers.  They go after people like the Caswells.  They go after people like Mandrel Stuart, who was carrying $17,550 in cash for equipment and supplies for his barbecue restaurant.  He eventually hired a lawyer, and a jury gave him his money back, but he lost his restaurant while fighting the government.  They go after people like James Lieto who had the FBI seize $392,000 from his business because the money was being carried by an armored-car firm he had hired that had fallen under a federal investigation. He was never charged with any crime, nor was it alleged he knew the armored car company was under investigation, yet he had to spend thousands in legal fees to get his money back.

That's the typical Modus Operandi.  They go after "little guys", and take whatever they can.  They seize a pile of money, assuming the victim will think it's not worth the gamble of hiring a lawyer to fight for their money.  Governments bully small guys who can't afford teams of high-powered lawyers; those "least able to defend their interests" as Justice Thomas put it.  They're easier to screw over.

Recall that in 2014, for the first time ever, the U.S. government seized more property from Americans than burglars did.

I've found over the years that civil forfeiture is pretty much despised by all sides of the political spectrum.  Lefties hate it as much as righties hate it - for example, here's a link to HuffPo talking about Florida's 2016 law making civil forfeiture harder.  That would make it seem like it should be possible to try to get congress to shut Sessions down, or even the President to tell him to "sit down and shut up".  Reason points out that Sessions was a prosecutor and has always been a supporter of Civil Forfeiture, so this isn't surprising.  (It seems only police departments and prosecutors - who benefit from free money - seem to like the idea)  Sessions clearly needs a "clue by 4" upside the head to convince him to back off. 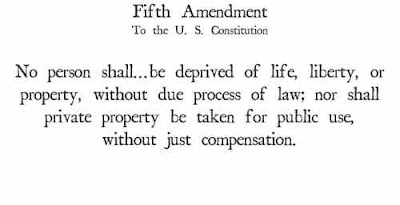