This is an event I look forward to every year.  I note that this past Friday the latest Sunset of the year clicked back a minute earlier (on my sunrise/sunset timer app).  That's an approximation from listing it to the minute: if you get accurate times to the second, it's apparent that the actual latest sunset was at least a week ago.  That means that for the next five to six months, sunset will get progressively earlier every night.  Slowly at first, then faster as the months go by, the days will get shorter.  We had the earliest sunrise about a month ago, and sunrise is already running in the trend of getting a little later every morning.  Between sunrise creeping later and sunset creeping earlier, every day the amount of daylight will decrease.

Since we can directly correlate incoming solar energy (insolation) with temperature, I can predict that temperature will tend to decrease as the amount of daylight decreases.  Because the mass of the entire northern hemisphere has to reverse its heating trend, there is a lag in the system.  It will get hotter for another few weeks, into August.  Nevertheless I can confidently predict that slowly at first, then faster as the months go by, the northern hemisphere will enter a period of global cooling.

Over the years, I've noticed that I tend to utter my first "I hate summer" of the year several weeks before it has actually turned to summer, so I await the change with eager anticipation.  You may not care at all. 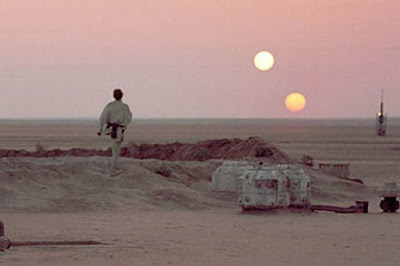