That Question Rises Its Head Again

From 90 Miles From Tyranny, links to the Washington Free Beacon's story  "Google to Give $2 Million to Gun Control Groups".

The grant will be given by Google.org, an arm of the search giant that provides money and resources to nonprofit organizations, and go to the PICO LIVE FREE Campaign. That campaign focuses on reducing gun violence, especially in minority communities centered in major cities. The new initiative it's creating with the grant will involve gun control groups like Everytown for Gun Safety, the Brady Campaign to Prevent Gun Violence, Americans for Responsible Solutions, Guns Down America, the Law Center to Prevent Gun Violence, and the Alliance for Gun Responsibility.

In the big picture sense, this goes along with YouTube, also part of Google, being hostile to gun video producers by making it harder for them to monetize their videos.  In that case, I still saw corporations like Springfield Armory present, and it certainly didn't shut down the NRA.  For them, producing videos was an advertising expense - their monetization is return on the ad investment when people buy their products or join the NRA.

Obviously, this blog is a Google blogspot site, and yes I use the Gmail account that "comes with" it.  I've been here for over seven years, and I'm certainly not a major draw.  I mean, I'm around 2.5 Million views lifetime, and I'm guessing a quarter of those are Russian bots.  I don't know how Google monetizes this, or if it's even possible.

If Google is going to give millions to Everytown, the Brady Bunch and those other groups out to destroy our rights, though, I don't want to help.  (What's the matter, Shannon; can't get any more money out Bloomberg?)  The thing is, if Google has made a nickle off me and this site, I don't see how.

There should be no ads here.  I use a hosts file, so the vast majority of popups and other ads are blocked and I never see them.  (Everyone should use one.)  Because of that, I have no idea if you readers see any ads here.  If you see an ad on this page, it's put there by Google because I've never signed on with anyone to run ads!  If there are ads here, my hosts file keeps me from seeing them. 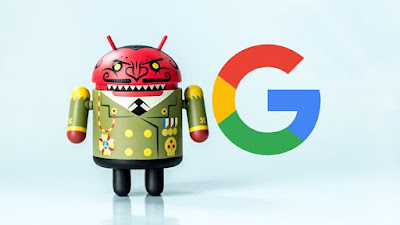 You can read "Google is Evil"/"No They're Not" articles online until your eyes cross over and you can't see anymore.  They may be stupid in this case, instead of evil, and they may be simply evil.  I can't know their deep thoughts.  When I see quotes like this, though, it makes me shudder:


Justin Steele, principal at Google.org, said their goal was to interrupt "cycles of violence" and bring about "racial justice."

(Insider's note: it just may be possible that justice is the only word in the English language that should never get a modifier.)  As you may recall, I always say the answer to "are you evil or are you stupid?" can be "Yes".  It's entirely possible to be both evil and stupid.  This Justin Steele guy could well be both.

I'm up for opinions on what to do.  Should I pull the cord and move to Wordpress or another blogging service? I notice that the vast majority of blogs in my reading list are Google blogspot blogs, so it's something we all should be considering.