You've Got to Give Credit to Trump For This

Trump is playing the press like a master.  He can get them to do a full time week on a tweet about Mika whats-her-face-insky and have them not notice he fired 548 VA employees and put another 200 on suspension.


Five hundred and forty-eight Department of Veterans Affairs (VA) employees have been terminated since President Donald Trump took office, indicating that his campaign pledge to clean up “probably the most incompetently run agency in the United States” by relentlessly putting his TV catch phrase “you’re fired” into action was more than just empty rhetoric.

Another 200 VA workers were suspended and 33 demoted, according to data newly published by the department as part of VA Secretary David Shulkin’s commitment to greater transparency. Those disciplined include 22 senior leaders, more than 70 nurses, 14 police officers, and 25 physicians.

Stage magicians have got nothing on Trump when it comes to making the press watch the wrong hand.

Rush Limbaugh used the analogy of shining a laser pointer for a kitten.  The kitten never catches the red dot, never even feels the red dot with his paws, but will go chasing around the house smashing into walls and furniture in the never-ending quest to get that dot.  This is what Trump is doing to the media.

And it doesn't stop with those 748.  According to that Daily Caller piece:
The MSPB has been one of the stumbling blocks to cleaning house at the VA, and VA secretary Shulkin has been fighting them since his appointment in March of 2015 by Barack Obama.


“Just last week we were forced to take back an employee after they were convicted no more than three times for DWI and had served a 60 day jail sentence … Our accountability processes are clearly broken,” Shulkin said at the White House.

In addition to reluctance by managers to vigorously pursue firings, the overturning of firings after the fact by the Merit Systems Protection Board (MSPB) — often with little public acknowledgment — has been a longstanding problem.

Shulkin asked for new legislation that reduces the role of MSPB, especially when firing senior leaders. Congress passed the Department of Veterans Affairs Accountability and Whistleblower Protection Act in answer, and Trump signed the bill in June.

The problems at the VA are legendary; I mean it's widely known that veterans have died waiting for care, patient's medical files were hidden so that they couldn't get care, and all the while VA bureaucrats falsified data to procure monetary bonuses.  Fixes have been slow to come largely because the union that represents VA employees has used its political muscle with Democrats to emphasize job security for government employees.  That's getting to be an all too familiar story.

While I'm not a vet and I'm not in the system, I know many who are in the system, and in various fights for care.  From what I can tell, here in small town Florida, the local VA facilities are not really bad, but they are still the VA and usually frustrating as all hell.  When I mentioned reading this to a couple of friends tonight, they both were astonished that they could successfully fire someone in the VA.

Hats off to Trump for getting this done without firing off the media outrage machine. 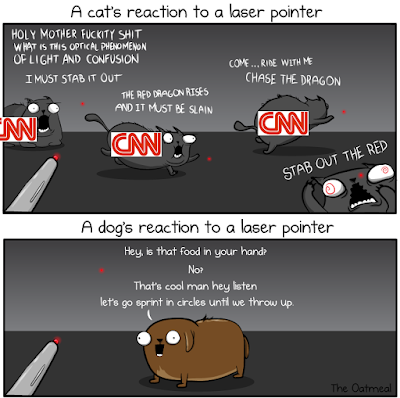