If you haven't followed it, there has been an active discussion about what might be reasons behind the the post I put up mentioning Florida's new opioid law on Monday.

To sum it up, I don't see any disagreement that the root cause of the so-called opioid crisis is the government at all levels attacking prescription pain pills when the actual problem is people using heroin, which is often cut with fentanyl that the cartels buy because it's cheap, powerful and available by the pound from China.  It also happens to have a very small gap between doses that will get buyers high and those that will kill them.

There has been some talk pondering exactly who is behind this and who's benefiting the most.  This afternoon, I remembered a story from 2012 that leads me to a group I hadn't thought of: the Fed.gov.

In 2012, the story showed up and then quickly vanished that a high-ranking official from the Sinaloa Cartel, alleged that "Operation Fast and Furious" was not about specifically about running guns to Mexico to get gun control legislation, but that it was to supply the Sinaloa cartel specifically.  Jesus Vicente Zambada-Niebla, known as the cartel’s “logistics coordinator”, was in US federal prison in awaiting trial and made the claim.


Zambada-Niebla claims that under a “divide and conquer” strategy, the U.S. helped finance and arm the Sinaloa Cartel through Operation Fast and Furious in exchange for information that allowed the DEA, U.S. Immigration and Customs Enforcement (ICE) and other federal agencies to take down rival drug cartels. The Sinaloa Cartel was allegedly permitted to traffic massive amounts of drugs across the U.S. border from 2004 to 2009 — during both Fast and Furious and Bush-era gunrunning operations — as long as the intel kept coming.

A perfectly reasonable question might be why would the US fed.gov get in bed with the Sinaloa cartel.  At the time, a spokesman for the Chihuahua state government in northern Mexico appeared to imply it was well known that what Zambada-Niebla alleged was true.  He said U.S. agencies “don’t fight drug traffickers,” instead “they try to manage the drug trade.”

Back in 2012, I speculated on this a bit.  Perhaps it was part of a plan to shut down the cartels.  The US would provide guns to Sinaloa; for information, then use that info to kill off the competing cartels, so the cartel gets both guns and the US anti-drug forces to kill off their competitors.  That sounds like Sinaloa gets all the benefits, and gives up nothing of value to them.  In fact, it seems worse than that.  It seems that what the US DOJ/DEA offered Sinaloa was unrestricted access to the US drug markets - apparently in trade for nothing.

If the US had wiped out the competition and then figuratively nuked the Sinaloa cartel, all the cartels would be gone and the border problems might conceivably drop to a small fraction of what we have now.  Solving problems, of course, is bad for the federal government and all entrenched bureaucracies.  They're going to be there in perpetuity, so there's no incentive to "work themselves out of a job".

As a comment to that 2012 blog post pointed out, and as we all know, this is nothing new.


In 1970 SHOCK! The CIA uses the Vietnam war as cover to smuggle heroin out of the golden triangle. SHOCK! 1982 the US uses the war in El Salvador to smuggle heroin AND cocaine IN and GUNS out of the US. SHOCK guns to IRAN(1983). This has gone on with every president from AT least WW2 [Note - edited to add some spelling corrections - SiG]

Typically, I think this "black money" is used to fund things without getting budget money from congress, as it did with Iran-Contra mentioned in that comment.  It's not that congress is reluctant to borrow money (or get it created out of thin air); it's that money the deep black agencies get entirely off the books never entails an investigation or sitting in a chair in front of a board saying, "I'm sorry, senator, but I have no recollection of that".

Since my knowledge of this story was essentially frozen in 2012, I looked up Jesus Vicente Zambada-Niebla (there are other family members in the cartel, so you have search the whole name) to find he did a plea deal with the feds to "cooperate with authorities" and potentially stay out of long term lockup.  I found a Forbes article from 2014 saying the same things as the Blaze article my post was based on in 2012.  I've not found anything conclusive saying it was admitted to in court, but there is evidence that the US deal with the Sinaloa cartel was real, and there's a trail of bodies to back it up.

If we're really still allowing the Sinaloa cartel to traffic drugs into the states (the articles said they had a big center of operations in Chicago), that would explain lots.  Reporters ask who benefits from the opioid crisis and immediately attack "big pharma"; maybe they should be looking at big government. 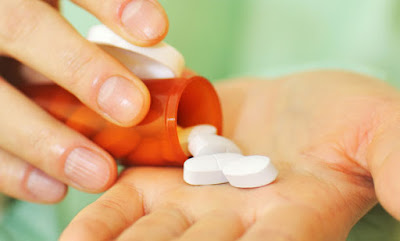