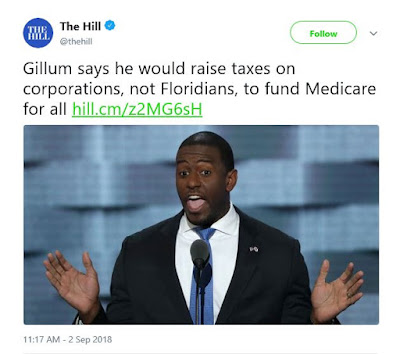 That's full retard.  Of course he'd raise taxes on Floridians.  If you're not nodding in agreement, repeat after me: corporations do not pay taxes - their customers do.  Corporations don't have a penny that doesn't come from their customers.  If the costs go up due to new taxes they can do only a couple of things: make less money or raise prices are at the top of that short list.  Most will raise prices to pass on the cost and their customers pay the tax.

Divemedic over at Confessions of a Street Pharmacist did the kind of number crunching a real reporter should do (but apparently none will) and showed this is the worst kind of deliberate lying.  If the state did exactly what he's saying, we'd run a $64.2 billion deficit.  The state can't.  Medicare for all would bankrupt the state.

Of course, raising everyone's taxes and bankrupting the state might be a feature, not a bug to someone Bernie Sanders endorsed.

You know, I've never seen this movie, but I think I will. 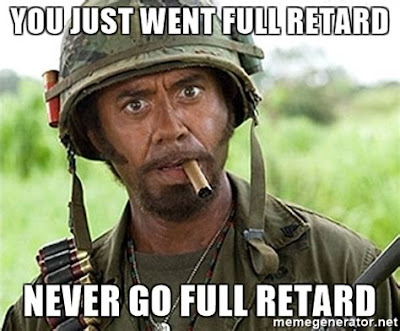