What I'm about to tell you is my basic approach to stories like this one that has sucked all the oxygen out of the air to feed the fires of speculation.  As usual, Meme-Creator in Chief Aesop has a good summary of the story.  What follows is my whole philosophy of putting up with politicians and politics.

My first rule: the closer to the critical moment in a political process that some news is released, the less attention I pay and the less I believe it.  Therefore, no October surprises and not even any September surprises.  If a candidate has some piece of evidence against an opponent they were holding onto for months to spring it at the last minute, it can't be worth listening to.  It's just a crappy tactic.  If it's after August for a November election, there's not enough time to do a real investigation.  Therefore, I don't believe you.

Feinstein had this letter for months and now makes a big deal about it, days before the vote?  Sorry, Babs, you violated rule #1.  Too close to the big vote to be real.  You're just trying to sow FUD - fear, uncertainty and doubt.

I don't believe any allegation that comes out at the last minute in any election, any hearing, any appointment, any sort of contentious event unless there's a solid verifiable history stretching back a long time.  Investigations take time.  This twit who's being used to attack Kavanaugh can't even get her story straight, so nothing about it is verifiable.  Nope.  Nope.  Nope.

Know where you stand before the last month until the election, then studiously avoid the barrage of last minute negative ads.  And positive ones.  One of my favorite lies, although maybe it's a Florida thing, is that state representatives or senators may take part in a dozen tax increases, then turn around and reduce a few that they raised, so they can campaign saying, "I cut taxes".

In the month before the election, or in this case before the confirmation vote, the signal to noise ratio goes negative.

Politicians are the worst kind of attention whores in the world.  They demand you pay attention to them.  If you don't pay attention, though, they will destroy society faster than a plague of locusts crossbred with termites. 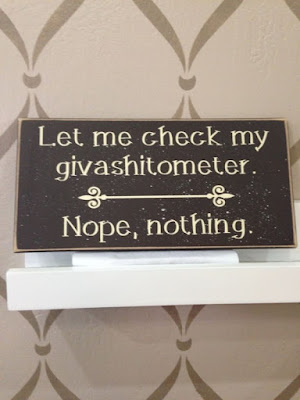 From somebody on Etsy, in a roundabout sorta way.  I think.