Thanks to a link at Shall Not Be Questioned, I find from the Austin Statesman that Cody Wilson has resigned from Defense Distributed.  Wilson has been replaced by Paloma Heindorff, who had been the company’s vice president of operations.


“I am extremely proud to say that over the past few days the entire team a Defense Distributed has recommitted to enabling the sharing and publication of CAD and 3D-printed firearms,’ Heindorff said at a news conference Tuesday. “This resilience, I truly believe to not only been characteristic of our company as a whole, but also the ideas that we have worked so hard to promote.”

I've been following Wilson, his printed Liberator and Defense Distributed since the earliest days. For those who haven't been following the story, the designs for the Liberator were first released to the world in 2013, and then DD was sued by the US State Department for violating the International Traffic in Arms Regulations (ITAR).  The case was winding (? winding is too fast... what's the word for how snails move?) through the courts.

Three years later, it was 2016 and the Trump administration took over.  DD argued they weren't exporting guns, they were publishing software describing something and publishing software has been recognized as free speech.  The DOJ advised the State Department to settle with DD, saying that "software is free speech" is settled law and they'd lose the case, so they offered to settle.  The settlement was set to go into effect at the end of July.

Cody Wilson, of course, has recently been arrested and quickly extradited to the US for paying an underaged hooker.  Count me among those who think that whole thing transpired a little too quickly, a little too cleanly and smoothly to be convinced it's legit, but Heindorff made it clear that Wilson is on his own as far as his defense costs go, and that DD would continue their operation.

“He’s been an incredibly powerful figurehead,” Heindorff said. “But this is about an idea.”

She said Defense Distributed had received about 3,000 orders for its weapons plans since the court order and that her team has been “shipping them out like crazy.”

“I cannot be more proud of my team right now,” she said. “We didn’t miss a beat. No one blinked. No one has missed a day at work. We’ve all come in. We’re still shipping. We have no intention of stopping.”

It seems where they are in the process now is as I described it at the end of last month.   A group of states decided it was too dangerous to let mere deplorables have access to the plans and sued to block their release. A judge agreed that unwashed normal people were a danger and ruled DD couldn't give the plans away.  So DD said, "OK, if we can't give them away, we'll sell them - for whatever you'd like to pay".

It appears the DefCad fundraiser is still fund raising, with $54k left to go to get them reveal their second "new contract".  And, as before, you can go to the top level site, pick out the designs you want and get something for your bucks.  Either way, every time someone downloads or gets a file, a gun grabber cries. 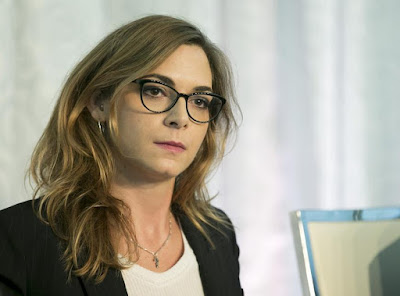 Paloma Heindorff, new CEO of Defense Distributed.  The Austin Stateman says, "Heindorff previously worked in the creative industry in New York City before moving to Austin to work for the nonprofit Defense Distributed. She called its efforts to fight the federal government the “most elegant and effective activism” she had ever seen."  I noticed she has CEO-speak down in those statements from the press conference.