Not Much More That I Can Say

This screen capture kinda sums it up for me.  Except that the actual mission for the crew had barely started.  The screen capture is from moments after the radio callout that the second stage had just shut down and the Crew Dragon capsule was in the desired orbit.  Then the video changed scenes to include the first stage booster had been successfully recovered. 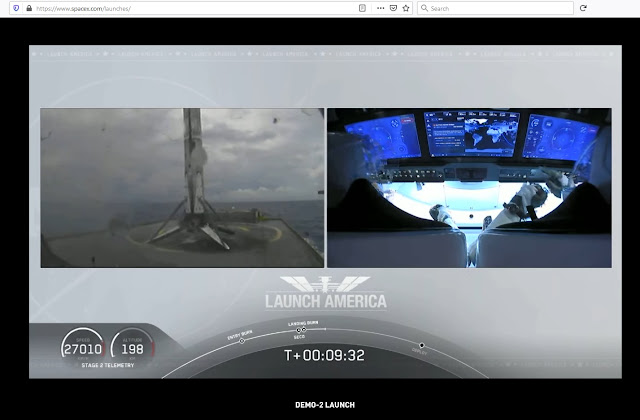 On the left, you see the booster, now a used rocket that's experienced one flight, standing in the circle marked on the deck of OCISLY.  On right, you see the view we've never seen before: Commander Doug Hurley (l) and pilot Bob Behnken (r) at their control screens.  Instead of rows of big toggle switches, almost everything is on a touchscreen.

The entire flight went like it had been done a hundred times before.  I think this was the 85th Falcon 9 launch.