As we go into the final three weeks until SpaceX with NASA astronauts Doug Hurley and Bob Behnken return manned spaceflight to the US, Ars Technica Senior Space Editor Eric Berger presents a story I'd never heard before.


In the middle of the final flight of NASA's space shuttle, President Obama called up to the International Space Station to congratulate the crew on their mission. During the call on July 15, 2011, President Obama referenced a flag the four-person crew of STS-135 had brought with them into orbit.

“I understand Atlantis also brought a unique American flag up to the station, one that was flown on the very first shuttle mission and one that will reside on the ISS until an American commercial space company launches astronauts to the station,” President Obama said.

The commander of the shuttle mission, NASA astronaut Chris Ferguson, replied that he intended to present the flag to the space station's residents before space shuttle Atlantis departed for its return to Earth. “It will hopefully maintain a position of honor until the next vehicle launched from US soil brings US astronauts up to dock with the space station," Ferguson said.

Recognizing the potential for a space race among these commercial companies during his call with the crew of space shuttle Atlantis, the president told Ferguson, “I understand it's going to be sort of a ‘capture the flag’ moment here for commercial spaceflights, so good luck to whoever grabs that flag."
...
Nevertheless, it was SpaceX who seized upon the president's telephone call to the space station. The company's account tweeted, "SpaceX commencing flag capturing sequence." This is known as calling your shot.

It doesn't take much more than bravado to make a call like that; achieving it is quite another thing, and at the time there were four competitors who were interested in capturing that flag.  Boeing, Sierra Nevada Corporation, SpaceX, and Blue Origin all received awards, with Boeing and Sierra Nevada taking the biggest amounts.  A secondary "space race" became reality and, as you know, the final down selection came down to tests between Boeing and SpaceX.  Both SpaceX and Boeing had their problems but SpaceX came out in better shape most recently and has earned the right to go after that flag.

Want a really cool twist to this story?  The pilot of the last shuttle flight was Doug Hurley, who will be the commander for the Crew Dragon Demo 2 mission to the ISS. 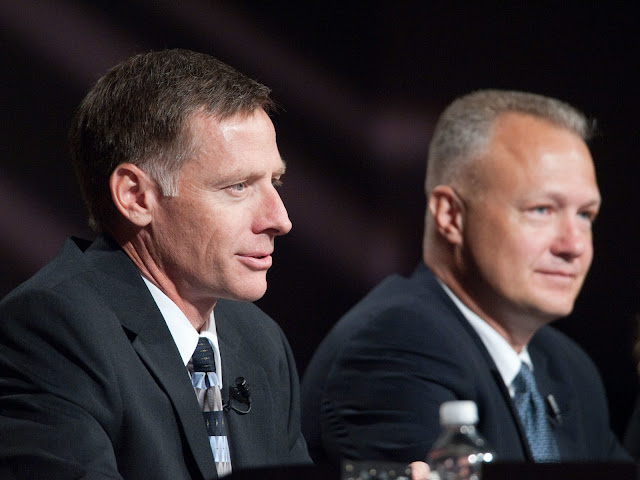 
Ars asked Hurley on Friday if he remembered the flag. "The plan always was that the first US vehicle to launch from Florida and come to the International Space Station would grab that flag that flew both on STS 1 and STS 135, the first and last flights of the shuttle program," he replied. "I think we will probably grab it, and put it in a safe place while we work on board the space station and then we'll bring it back when we come back this summer."

I had a lot of problems with President Obama and his approach to NASA, such as pushing outreach to Muslim nations.  There was constant struggle between congress and White House but one thing Obama did get right was initial and sustained funding for commercial crewed flight.


We will be exceedingly disappointed if, upon splashdown of a successful Crew Dragon mission, the SpaceX account fails to tweet, "Completing flag capturing sequence." 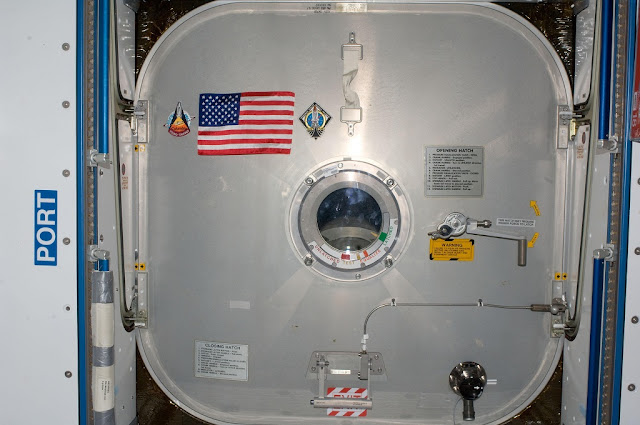