We had subdued holiday around the house, did a video phone call with Precious Grand Daughter, Son and Dear Daughter In Law in the evening, and generally didn't do much else, besides arm wrestle Windoze 10.  It just refuses to let me control my own computer.  I cooked some spare ribs in the Masterbuilt Electric Smoker because it's insulated while the Weber Kettle isn't.  I've seen videos of people cooking in the MES with outdoor temperatures around 30, so our 48 to 54 was easy for it. 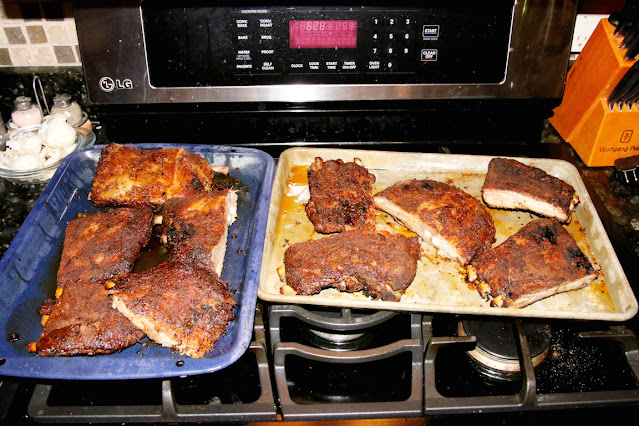 Oh, yeah, we had a lot of spare ribs.  This is after three people ate as much as they cared.  Probably about 2/3 left.


While there has been some activity visible at SpaceX Boca Chica around Eileen, the last three days have seemed slow, with no work yesterday as you'd expect.  It's hard for me to imagine they can keep fully staffed and going full speed this time of year.  It seems to be a nationwide thing that the high-tech sector facilities tend to shut down between Christmas and New Year because so many people working there come from other cities and travel home for the holidays.  I never looked into it from any statistical sense, just my experience both at companies I worked for and companies I had to talk business with.

Despite that general lull in activity, Elon Musk surprised a lot of people on Christmas Eve when he tweeted the first hop of the Super Heavy booster would be in "a few months".  It's no secret they've been working on Serial Number 1 Super Heavy in the shipyard at Boca Chica (which sometimes seems to be called BN1, perhaps Booster Number 1?).  Within a month or two would be "soon" for something that epic.

Speaking of soon there are road closures at Boca Chica Monday through Wednesday, with commenters expecting from hypergolic testing to Wet Dress Rehearsal and even to a Static Fire test before Friday. We'll have to see. 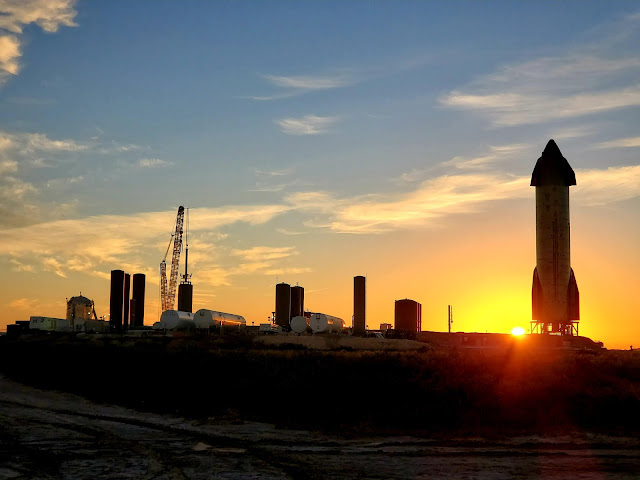 
Teslarati posted a link to a processed video of number 8's test flight, in 4k video.  I'd embed it here, but go watch it in full screen mode.