Like many, I find myself saddened to hear of the untimely passing of economist and conservative giant Walter E. Williams today.  Dr. Williams was 84.  I haven't checked the blog with the search engine, but I'm sure Dr. Williams is among the most quoted people here.  Townhall carries a great tribute column:

Walter Williams, the John M. Olin distinguished professor of economics at George Mason University and longtime columnist, has died at the age of 84.

Williams began writing a weekly column, "A Minority View," in 1981, the penultimate one was titled "Black Education Tragedy Is New," and published Wednesday. According to Creators, his final column will publish next week, which will be available at Townhall, where his columns have appeared for more than 25 years. He is also the author of 10 books, including the most recent, "Race and Economics: How Much Can Be Blamed on Discrimination?" and "Up from the Projects: An Autobiography," and published more than 150 scholarly articles, according to Economic Policy Journal. 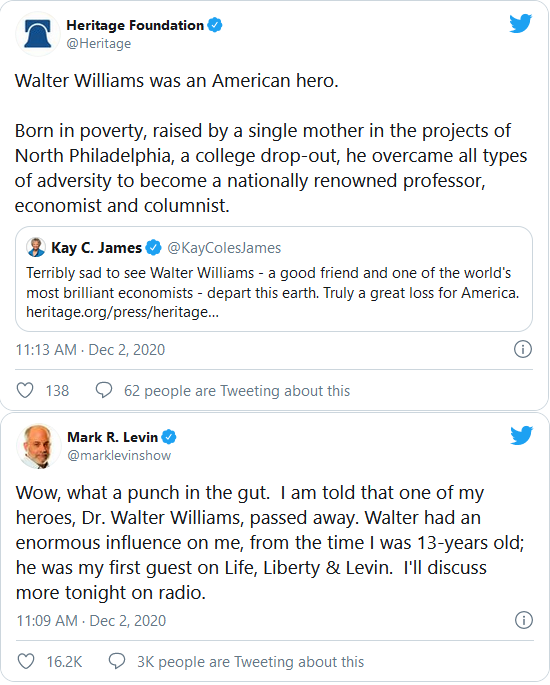 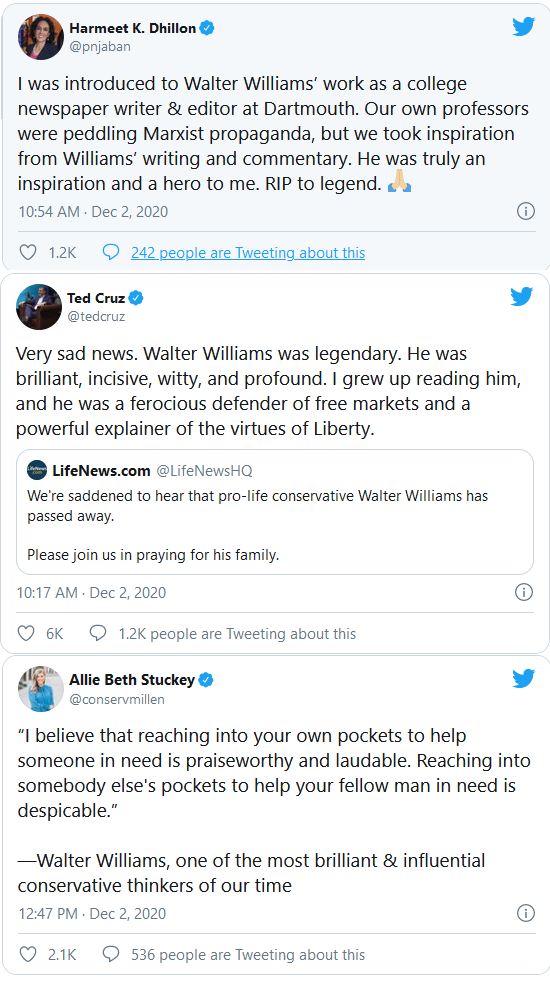 Walter Williams worked unto the last.  Thomas Sowell, another great economist I've quoted here, and a long time friend to Walter Williams wrote a touching tribute to his friend, which Townhall has also published today.  Dr. Sowell relays that Walter once told him he hoped that, on the day he died, he would have taught a class that day. And that is just the way it was, when he died today.