Where Do We Go From Here?

Some of you know one of my favorite gripes about the political class is that none of them ever seem to think one move ahead, and certainly never two.  Nobody ever seems to think, "and then what happens?"  Nobody ever thinks about how the world will respond to their new laws.

From what I've seen, there's no doubt that the election was rigged.  Bill Barr actually told the truth when he said there was "no widespread voter fraud."  The whole point of what they did was that it didn't need to be widespread.  All they had to do was siphon off some votes from Trump and give them to Biden in a few key states.  This is exactly what was reported a month ago in that video by Dr. Shiva of MIT, and now appears in the Antrim County security report being talked about today.

As I understand it, here's what Dominion did.  In Michigan, for example, they took the results by precinct and skimmed "excess" votes for Trump and gave them to Biden.  Let's say it was a precinct that voted 85% for Trump.  They skimmed a percentage, let's say 30% and gave them to Biden.  The amount of votes they moved to Biden depended on how much he led by; the more votes there were for Trump the more they stole while not changing the precinct's overall decision; Trump still won the precinct, but elections aren't really run by precinct.  The end result was they skimmed so many votes that it swung the state.  In the handful of states in question, it swung the nation.

Obviously, that's no software error, no "glitch:" it's a carefully implemented software algorithm.  When people point out the results are statistically impossible, or that they violate Benford's Law, they're referring to the results of these changes.  As the report from Antrim County by the Allied Security Operations Group, LLC,(ASOG) (the whole pdf) says:


The allowable election error rate established by the Federal Election Commission guidelines is of 1 in 250,000 ballots (.0008%). We observed an error rate of 68.05%. This demonstrated a significant and fatal error in security and election integrity.

Lawyers like to talk about whom the damaged party is, and that's a good question.  The easy answer is Trump was damaged, but in a very real sense, anyone whose vote was moved was also damaged.  I think the argument could be made that damages go beyond the states where the Dominion systems were used.  Like the suit by Texas and 28 other states said, voters in other states were also damaged by votes being negated in the Dominion systems.  As the president has authority over all 50 states, anyone that voted for him and didn't get him in a free and fair election was also a damaged party.  I shouldn't have to say this, but losing like this is different from losing in a fair election.

Where do we go from here?  Unless the voting system in this country is completely reformed, there will never be another free and fair election.  The vast majority will never trust voting again, unless I misread people.  I am not a lawyer, let alone a constitutional lawyer, but there is no Federal authority to do the first thing about that; it's left to the states, specifically to their legislatures, and you've got to believe the states that cheated not only wanted their systems so they could cheat, they'll fight to keep it that way.  (Arizona might be an exception)  Further, whom do you trust to clean up the elections in all 50 states?  The swamp creatures in DC?  The FBI - the same agency that led a four year long coup against the sitting president?  I've heard several times that the election monitors we send to foreign countries would never accept this one at home; how do we get other countries to clean up?

Part of me is saying that this is only different in degree from previous elections.  Remember how many times people have talked about some phrase like, "the margin of fraud."  Think of Al Franken but there are lots more.   Now that the fraud has been computerized and made adaptive (the reason for the late night delivery of more ballots), I don't see how anyone can ever overcome the margin of fraud.  Does anybody trust these hundred million dollar US Senate runoff elections in a state that already cheated?

If states don't voluntarily clean up their acts, and I don't believe they will, I can envision attacks by "white hat" hackers, or relentless software bots programmed to attack exposed electronic voting systems and destroy them - or enhance their cheating.  That might incentivize the manufacturers to keep their machines off the Internet, which might make it harder to implement their cheating.  I expect that Dominion is monitoring what's being said about their algorithms being detectable by statistical inference and working on ways to make them less detectable.  Think of an electronic arms race as what happens if there are no reforms to the election systems.  Electronic measures, electronic counter measures, counter-counter measures, and so on.

It's tempting to say the Republic is dead.  If nobody trusts going to the polls anymore, how do we continue?  Everything from secession to open warfare is on the table.   Where do we go from here? 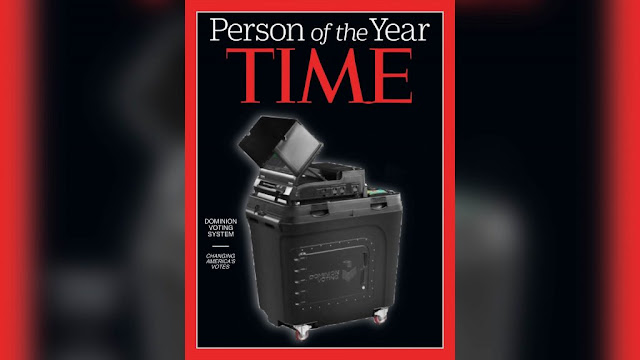