We lost our internet connection about 3:45 this afternoon.  It was out about four hours.  I had gone outside to watch the SpaceX Transporter 2 launch at 3:30, which had been delayed a half hour due to some showers moving through.  We didn't see a thing but the sonic booms from the booster slowing down to land up at the Cape were awesome!  Watch the video at least the part around the booster landing (between 22:30 and 23:50).  There's some outstanding photography in there - views I've never seen.

When we came back in the house the internet connection was down.  We called our ISP to report an outage closer to 4:00 PM and they said there was an extensive outage in the area.  They predicted it would be back by 6:30, but that was optimistic by a full hour.

It thoroughly messed up my train of thought and where I thought I was going.  As usual for when something like this happens, here's something light - a gun meme from the NSSF. 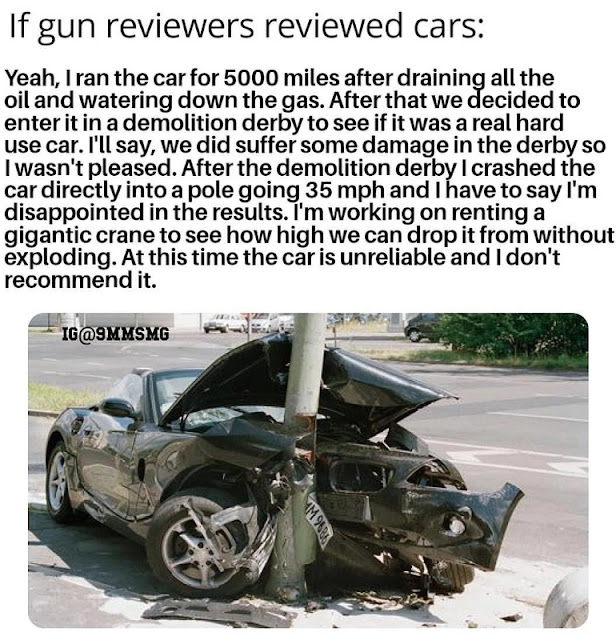 Maybe I'm old, but I've read a couple of reviews that this reminded me of.