A Couple of ULA Atlas-Related Stories

Last April, after Boeing's disastrous attempt in December of '19 to qualify their Starliner capsule to ferry astronauts to the International Space Station, the company announced they would do the entire mission over again and pay for it themselves.  In the intervening year, they've put in a lot of effort to correct things that, quite frankly, never should have happened.  Boeing badly botched that mission to the point they were damned lucky not to lose the Starliner vehicle.

Reality, though, is that there's only so much capacity in the system, and since Boeing's retest isn't bringing tons of supplies to the ISS or a replacement crew, they're low priority in the ISS system.  The retest is currently tentatively scheduled for July 30th.  Like the first mission, OFT-1, this critical mission will be unmanned, and the booster for that mission has been at the Cape since late '19.  If the second mission, OFT-2, meets all objectives, Boeing will fly a crew of three to the ISS, in a mission much like the SpaceX Crew Dragon Demo-1 mission in May of '20.

This past week, the Atlas V that's going to boost the capsule for the manned flight into orbit arrived at Port Canaveral and the vehicle is being prepared for launch.  It was shipped aboard a barge from the Gulf Coast, aboard a vessel appropriately enough called R/S RocketShip.

The 312-foot-long ship is purpose-built to navigate both shallow waters of rivers and open ocean travel to reach ULA's launch sites. It has been making the trek from Decatur to Cape Canaveral since 2001. 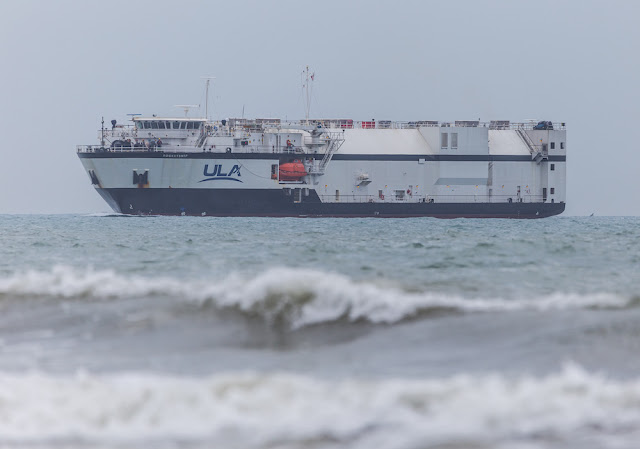 When will it fly?  Assuming next month's test flight meets all objectives, “NASA and Boeing will look for opportunities toward the end of this year to fly Starliner's first crewed mission.”  The wording of that makes me assume it will be in early '22.

It might be worth reminding younger readers that the Atlas V is the direct descendant of the Atlas boosters used in the Mercury program, from John Glenn's first orbital flight through the rest of the Mercury missions.

The Atlas V, though, is a platform that's aging out and ULA intends to replace it with the Vulcan booster.  In a podcast interview with Aviation Week, ULA acknowledged that the first launch of the Vulcan has been pushed off into 2022.  This time, though, it's not due to the BE-4 engines from Blue Origin; it's the payload.  The first launch will carry the Peregrine lunar lander for Astrobotic, and ULA reported the spacecraft will not be ready for this year.

To borrow a line from Eric Berger at Ars Technica BE-4 you can launch, you need the engines ... The pacing item for Vulcan's launch is the BE-4 rocket engine, being manufactured by Blue Origin. ULA CEO Tory Bruno said the engine is making progress but remains on the test stand: "We've narrowed down to what we think is the final configuration. It's in its prequalification test series right now." Previously, Bruno had said he expected to take delivery of the BE-4 engines sometime this summer. Without knowing infinitely more than I do, "sometime this summer" seems possible since summer just started. 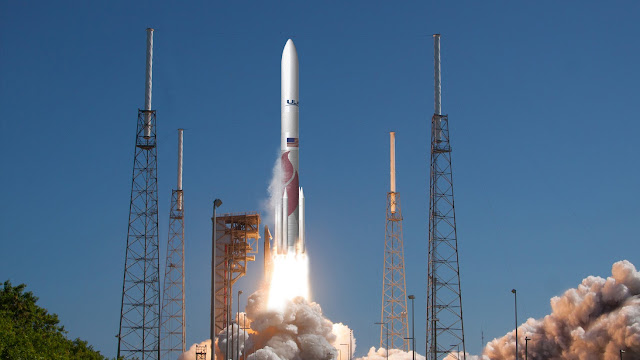 The Vulcan Centaur configuration, rendering from the ULA Vulcan Page