Things No One Else is Saying

Perhaps it makes more sense as a question.  How about phrasing it as, "why is no one else saying this openly?" 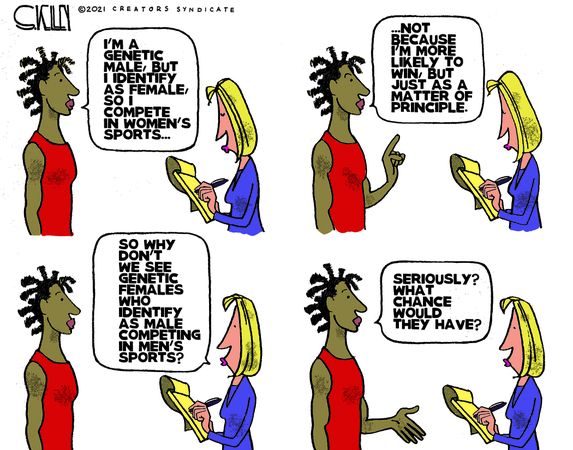 Item 2, with apologies to anyone who happened to read my comment on Gun Free Zone about the administration's responses to the attacks on (as Jen Psaki called it) "Private Sector entities."  Edited slightly.

The thing nobody’s talking about is that both of these cyber attacks – an oil pipeline and a meat processing plant – are the targets of the Green New Deal. That is, targets of the American Left.

Can’t get gas for your car?  Prices too high?  If you were driving an electric car you wouldn’t have that problem would you? Plus, you wouldn’t be hurting the environment by producing that CO2.

Can’t get meat?  If you were vegan, you wouldn’t have that problem would you?  Plus, you wouldn’t be hurting the environment with all those cattle putting out methane.

Coincidence? Sounds more like the Democratic Socialists of America than Russia.

Gee... this couldn't be another example of, "you never want a serious crisis go to waste," could it?  When you think about it, that's the most benign interpretation.  The more direct interpretation is that the DSA and whoever works for them in the Innermost Sanctum of Joe's "Handlers" are paying for attacks on that infrastructure so the Fed.gov can take over all those private sector roles.