This Protesting Officials in Public is Getting Out of Hand

Florida Attorney General Pam Bondi was harassed at a Tampa movie theater, where she and a companion had gone to watch the Mr. Rogers movie.  She eventually left with police protection.

Much like the stories with DHS Secretary Nielsen and Sarah Sanders, protesters screamed "shame" at her, and harassed her over policies she didn't necessarily create.


"What would Mister Rogers think about you and your legacy in Florida? Taking away health insurance from people with pre-existing conditions, Pam Bondi!" Maria José Chapa, a labor organizer, can be heard yelling to Bondi in the video. "Shame on you!"

"You're a horrible person!" another protester shouts.

For the record, should anybody care, I've been against protesting officials when they're not at their jobs as long as this blog has been here.  It came up in my first year blogging, back in 2010, when SEIU rent-a-goons went to a banker's house to protest,  terrifying one of his children in a totally unwarranted, over-the-line protest.  Note that the protestor quoted above is a labor organizer.  Same tactics, different day.

In my book, this sort of thing is over the line.  Protesting is fine, but people who work in any job, banker or government, are entitled to have down time when they're not at work.  Following them home to protest, as has been done with Secretary Nielsen, harassing them at a restaurant or movie, or refusing to serve them in a restaurant is too far.  It's clear these protesters aren't there for a conversation; it's obvious in the way they respond.  None of these people are open to intelligent discussion about complex issues.  They just want to yell or direct hate at someone, so what's the point, besides bullying?

I tell myself that our "cold civil war", as so many folks have called it, is likely to go hot in the next year, but then I think it went hot when that asshole, Bernie Sanders-supporting Democrat shot up the Republican congressional baseball practice.  If it weren't for the fact that Steve Scalise being there brought a security force to fight back, it could have been very different and much worse.

The Wiki article says 24 Republican congressmen were at the baseball practice; what if he had managed to kill all of them.  Do you think that would have changed the country?  I do.  I could see an epidemic of killings all over the country.

This weekend we get a news report that some bozo on MSNBC is saying (in so many words), "if you voted for Trump, you're the one separating kids from their parents, you're the Nazi".

To put it more succinctly: if you voted for Trump, you're the one we want dead.

Maybe we should do a poll about when folks think the shooting will start - or start in earnest.  The world around us seems to be moving toward a crescendo, and sooner or later push will turn to shove will turn to sticks and batons will turn to shooting.  I've never seen it like this.  History buffs I know say the US hasn't been this divided since before the War Between the States. 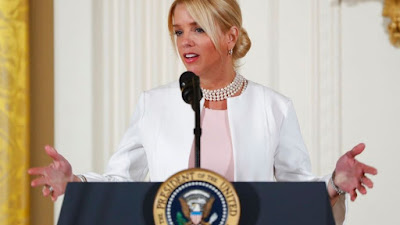