I'm probably more tired of Florida man stories than most of you.  I reflexively look to see if they're from my city in hopes that it's not someone I've met.  So far it has always been someone I don't know and only been from this county a couple of times.

But Florida Lizard stories?  I have yet to see any stories starting with "a Florida Reptile..." but I did get an email from the state Fish and Wildlife Commission about "living with alligators".  They provided a helpful pdf, which is this handy poster. 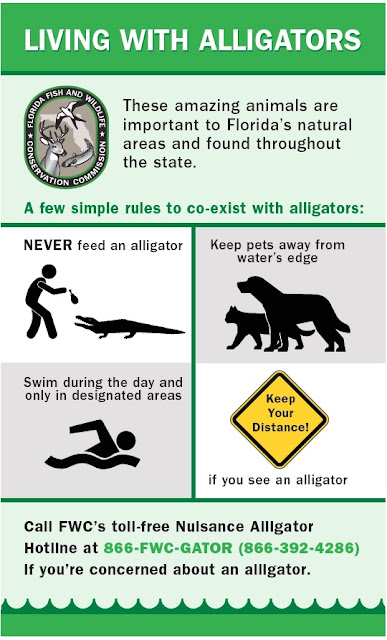 I'll modify this and make my own rules. 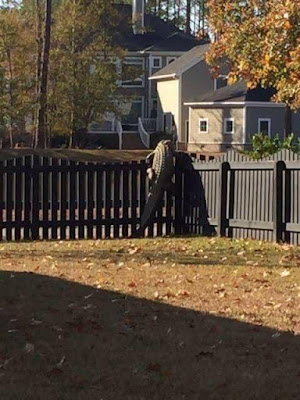 Every long time Floridian has some gator stories.