March 15th worldwide saw school students skipping class to protest "climate change" (and - honestly - how much extra prompting do high school students need to skip class?).  Yet again, the theme was the nonsense that we have "12 years to prevent the end of the world", which is simply not being said by anyone in the IPCC - the "authoritative voice" in the field.

The problem is that we have adults deliberately terrifying children to make them take up these causes and lead protests.  Take the sudden star of the protests in the European Union, 16-year old Greta Thurnberg of Sweden.  Thunberg first came to the public's attention last year when she started a school strike on climate change in front of the Swedish parliament.  She rose to worldwide fame in January when she addressed the audience at the World Economic Forum in Davos.


I believe that people in the age of 16 have as much intellectual capacity as those who are legally adults to understand the issues related to climate change and potential measures that could be taken to mitigate it. However, if 16-year-olds desire to seriously contribute to important political debates, they should, as anyone else, do it without engaging in demagoguery and scaremongering. It is here that Greta Thunberg — in spite of all her genuine sincerity and passion — has failed spectacularly and made the legions of her fans, as well as people who may face the consequences of the panicky measures she advocates, a great disservice.

While I don't disagree that we coddle children to historically unknown ages, and that a 16 year old should have the intellectual capacity to understand these issues, it's obvious from reading anything attributed to Miss Thurnberg that she hasn't done any real research into the things she's saying.  She's parroting a viewpoint she has been marinated in all her life.  You could counter my argument that she's being every bit as mature as Alopecia Occasional Cortex but I think that just reinforces what I'm saying.

Like Dr. Gorbatenko, I'd be willing to bet that it would be pointless to ask her any questions about:


the actual science underlying the climate change issue. To ask her how much the Earth has warmed so far since 1979 compared to computer model predictions. That the bulk of the recent warming occurred during the El Nino stages of the ENSO climate oscillation. Or whether she is aware that the doubling of CO2 can only in itself cause only about 1°C of warming and that to postulate alarmist scenarios one needs to postulate uncertain positive feedbacks, whereas, in reality the net feedback may be zero or negative. That a lot more people die from cold temperatures than from hot ones, and that it is not the extreme cold temperatures that are the most deadly. That increased CO2 concentrations are good for plant life, and so on.

In articles on AOC's 12-year claim it's shown that we could shut down everything in the US and the industrialized world, set carbon emissions to zero, and using the UN's climate sensitivity numbers,  this would merely avert warming by 0.278 degree Celsius by the turn of the century.

Again, nobody in the IPCC is saying that not shutting down all of industrialized society creates some sort of climate apocalypse.


Let us focus on an easier issue and ask whether the latest IPCC report even in the (as usual) distorted summary for policymakers says anything remotely similar to Thunberg’s 11-years-left-till-Apocalypse-unless-we-act claim. Unsurprisingly, the summary — biased as it is in favor of alarm — says no such thing. Thunberg seems to be wildly misinterpreting the statement on page 6 of the summary that “global warming is likely to reach 1.5°C between 2030 (till which date 11 years remain) and 2052 if it continues to increase at the current rate.” There is no implication in the summary that this extent of warming may cause catastrophic planetary consequences.
...
We must also reflect on the fact that Thunberg is considered by lots of people to be a global hero. She has even been nominated for the Nobel Peace Prize. But is it really brave or enlightened to advocate a cause that has long enjoyed the status of a conventional wisdom.

Here I'm going to diverge a bit from Dr. Gorbatenko.  His conclusion is good, but stops short in my mind.


To wrap up, the real problem with the climate change activist sensation Greta Thunberg is not that she is 16 years old. Rather, it is that she is a clueless fanatic who is considered brave and enlightened for promoting a cause that almost everyone agrees with without any study or reflection. And it is the duty of anyone who does not want clueless fanaticism to determine policies affecting billions to call it out as such.

Her ignorance of the truth about what the IPCC is actually saying is her fault.  She doesn't have to be a clueless fanatic.  I was able to find that in minutes with an Internet connection, but I had ideas of where to look; she should have found out those facts with a couple of hours of research.  Let's give her a week to find it - certainly not the months she has been getting media attention.  The celebrity she's getting for that ignorance is the problem of the adults that put her up to it and the adults that shower her with praise while seriously talking about her deserving a Nobel Peace Prize.  Adults manipulating children for political aims aren't that different from adults trafficking children, the way I see it.  They're exploiting children for their own purposes, but damaging only their minds not their bodies and minds.

If you've wondered if there has ever been a recipient of the Nobel Peace Prize less-deserving than Barack Obama, just wait and see if Greta Thunberg gets it. 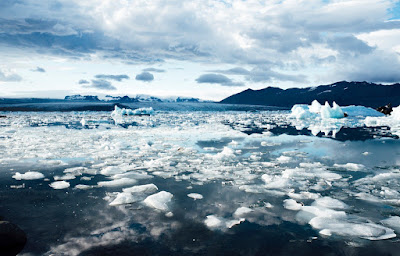