It's nearly universally stated in the 2A community that gun control isn't about guns; it's about control.  It's looking like the same thing can be said about opioid control, and the governments' responses to the "opioid epidemic".  It doesn't matter if their policies are getting the right results, it only matters as a means to the end of more control over more people.

Background:  I've written on the topic a few times, a simple search in the search bar in the upper left corner of the screen returns the three most relevant posts.  Around the same time I did mine, Aesop at Raconteur Report wrote about opioids in Northern California and I always link to him.  (Parts 1, 2, 3, Final)  Let me share a short version of where I stand from a piece I posted last October.


I think there's a deliberate attempt to conflate prescription opioid problems with illegal heroin overdose.  We don't have a prescription drug problem, we have a "junkies shooting adulterated heroin problem".  So why the public ruse?  The old advise to "follow the money" leads me to the company that makes naloxone, the anti-narcotic drug administered to people in overdose.  It was being pushed that virtually everyone should carry it everywhere as a lifesaver; it was even pushed on librarians to have it available for the library junkies who OD while watching internet porn in the library (do you have that where you live?).  The price of naloxone had gone up 17x.  Going down that rabbit hole led directly to Hillary Clinton and the Obama administration.

A few weeks after I posted that, conservative commentator Eric Bolling lost his son to an overdose.  I truly feel sorry for Eric and his family for the incredible pain they've been subjected to.  On the other hand, Eric has fallen right into the "painkillers = heroin" trap and argues that we use too many opioid pain killers.  His awful emotional pain does not give him the right to inflict physical pain on others.

The problem is that the effort to restrict opioid prescriptions is fueling a black market while leaving people in agonizing pain.  According to Maia Szalavitz, an expert reporter on this subject writing in the NY Times:


As many as 18 million patients rely on opioids to treat long-term pain that is intractable but not necessarily associated with terminal illness. In 2016, seeking to curb opioid misuse, the Centers for Disease Control and Prevention introduced guidelines outlining a maximum safe dosage and strongly urging doctors to avoid prescribing for chronic pain unless death is imminent. The guidelines were supposed to be voluntary and apply only to chronic pain patients seeing general practitioners. Instead, they have been widely seen by doctors as mandatory.

As a result, thousands of pain medication recipients have had their doses reduced or eliminated. But this attempt to save people from addiction is leaving many patients in perpetual pain — and thus inadvertently ruining, or even ending, lives.

The problem, as usual, is that the Government regulators are starting from a bad assumption.  They assumed today's junkie shooting contaminated fentanyl is yesterday's patient who started out on prescription drugs and got addicted that way.  Only about 8% of people who receive prescription opioids develop addictions.  80% of addicts get started in other, less legal, ways.


As the Journal of Pain Research points out, the government’s campaign is based on a false premise: “Today’s non-medical opioid users are not yesterday’s patients.” Medical users usually do not become addicts.

Wrong assumptions lead to wrong law, and doctors are being threatened with their livelihoods by new regulations.


Prescribing outside the C.D.C. guidelines can lead to scrutiny by medical boards and even the Drug Enforcement Administration — and the result has been that many doctors have either quit prescribing entirely or tapered patients’ doses to fit the guidelines. According to a 2017 Boston Globe survey, nearly 70 percent of family and internal medicine doctors nationwide reported having reduced their prescribing in the previous two years — and nearly 10 percent reported stopping prescribing pain medication entirely.

The problem with these blanket policies from the CDC or other Big Government agencies is that people are individuals and vary in their response to the pain killers.  Some people can't get by without them.  The VA recently did a study that showed alarming rates of suicidal acts “following discontinuation of opioid therapy.”


Jay Lawrence, a former truck driver, is a case in point. When his doctor refused to continue his medication in early 2017 — even though he had severe pain from spinal cord injuries and was not addicted — he told his wife that he’d had enough. In a park where they’d recently renewed their wedding vows, he fatally shot himself in the chest while she held his hand.

Writing in the Orange County Register, Dr. Jeffrey Singer notes that attacking doctors for prescribing opioids to patients for essential pain relief does nothing to prevent black-market use of opioids or deaths among non-medical users:


A recent report reveals California’s “Death Certificate Project,” is terrorizing doctors into under-prescribing or even abruptly terminating medication for acute and chronic pain patients. The project investigates doctors who have treated patients identified as overdoses on death certificates and considers rescinding their licenses or charging them with homicide.

It is scandalous that we doctors and our patients are the latest victims of America’s war on drugs, while deaths from nonmedical use of licit and illicit drugs continue their exponential and perpetual climb — with no end in sight.

The U.S Centers for Disease Control and Prevention recently released the latest results of the current strategy: opioid-related overdose deaths in 2017 continued their steady climb, increasing 13 percent over 2016 totals. This happened despite the fact that per capita high-dose opioid prescriptions fell 58 percent from 2008 to 2017, while the number of all opioids dispensed fell 29 percent from 2010 to 2017.

Perhaps most damning is this assessment from the CATO Institute.  A study by Harvard’s Jeffrey Miron and others shows the government’s anti-opioid crusade has backfired and actually increased opioid addiction and overdose deaths:


Opioid overdose deaths have risen dramatically in the United States over the past two decades.… The opioid epidemic has resulted from too many restrictions on prescribing, not too few. Rather than decreasing opioid overdose deaths, restrictions push users from prescription opioids toward diverted or illicit opioids, which increase the risk of overdose because consumers cannot easily assess drug potency or quality in underground markets. The implication of this “more restrictions, more deaths” explanation is that the United States should scale back restrictions on opioid prescribing, perhaps to the point of legalization.

Last words not to Cato's Jeffery Miron, but to Maia Szalavitz who started down this road:


Paradoxically, there is a growing medical consensus that patients who are addicted to their pain pills shouldn’t be forced to taper their dosages. The safest treatment for opioid addiction is maintenance with an appropriate opioid: For addiction, the opioids methadone and buprenorphine are the only treatments proved to cut the death rate from overdose by 50 percent or more.

“We have less mercy for people who have chronic pain and are on chronic opioids than we do for somebody who’s using heroin in the streets right now,” said Dr. Kertesz.

Both groups deserve more compassion, including a safe legal harbor for high-dose prescribing for patients who truly need it — as well as for their doctors. Attempting to reduce overdose risk by raising the odds of suicide is both cruel and senseless. 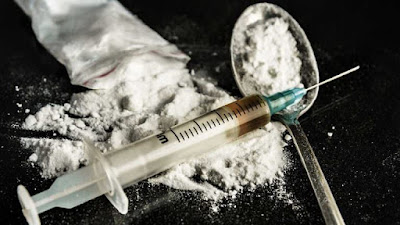