Innovative startup Relativity Space now seems to be ready to join the crowded small satellite launch service provider market after getting another round of venture capital to continue their development work.


Amid this market, however, Relativity Space announced Tuesday that it has closed a $140 million Series C funding round led by Bond and Tribe Capital. With this funding, Relativity Chief Executive Tim Ellis tells Ars the company is fully funded to complete development of its Terran 1 rocket and reach orbit.

"Fundraising is always a process," Ellis said, noting the participation of new investors Lee Fixel, Michael Ovitz, Spencer Rascoff, Republic Labs, and Jared Leto, along with participation from current investors Playground Global, Y Combinator, Social Capital, and Mark Cuban. It speaks to the quality of Relativity's plans, he said, that such a diverse group investors are backing the ambitious firm. "These investors are very sophisticated when it comes to the financial business case," Ellis told Ars in an interview.

Relativity Space seems to be betting that their proprietary use of 3D metal printing will get their costs down enough to become the most attractive player in the market.


Ellis told FLORIDA TODAY that printing parts has several advantages compared to traditional methods, including faster turnaround, lower costs, less tooling, and more automation, to name a few. He said his company can build a rocket from 95% 3D printed parts in about 20 days, which is significantly faster than traditional spaceflight methods.

The company had been announcing that the first flight of their Terran rocket would be next year, but part of this announcement of venture capital was that the first flight slips out into 2021.  Part of the reason for this delay is that they will increase the size of the payload fairing on the Terran's upper stage from two to three meters diameter as part of a plan to double the available volume.

The company has been filling in the bubbles on the checklist of what they'll need to fly.  They've contracted with NASA's Stennis Space Center in Mississippi to test fire engines, completing 200 tests to date, and signed a contract to lease a large (220,000 sq. ft.) building on the Stennis Space Center to build their vehicles.  Finally, they've signed a contract to use Launch Complex 16 on Cape Canaveral for launches.


The main question, then, is whether Relativity can ultimately make 3D printed technology work on a large scale. By announcing a new round of funding, key investors certainly believe in their path forward. But by also announcing a schedule slip, the company has raised a few concerns about the technology leap needed to entirely automate the fabrication of a large rocket capable of lifting 1.25 tons to low-Earth orbit. 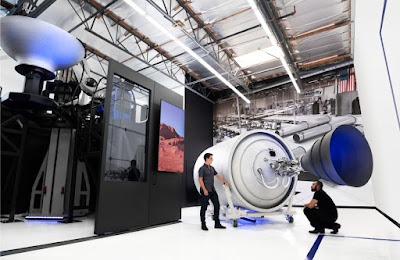