Changing of the Seasons

This pondering was prompted by Irish's post, "How I Would Rather Spend My Monday" and the gorgeous photos of fall colors exploding on some back roads up his way.

Long term readers will probably have noticed that a couple of running jokes of mine are to refer to August as Crematoria and to refer to dates in early to mid-September as still being August; for example referring to September 9th as August 40th.  With the peak of hurricane season on August 41st, that means when the northern reaches of the country are getting some hints of color we're virtually always keeping an eye on some big storm, often more than one.  It's hard to think of that as the seasons turning - unless you mean a turn for the worse.  I'm pretty sure I've counted up to August 50th before, if not to August 60th.

This year was unusual.  The weekend before the equinox (Friday the 20th), we started getting strong NE winds (around 20mph), a typical sign of the weather starting to change.  On the 24th, the morning low was 68; decidedly below the 20th's morning low of 74 but by no means threatening the record (63).  The weeks since then have kept up stronger than summer winds from the easterly quadrant - the direction our prevailing winds come from.  The cool temperatures haven't returned, but humidity is down a bit and it's not bad outside.  The air conditioning is cycling off more and holding temperatures better.  It's definitely not August. 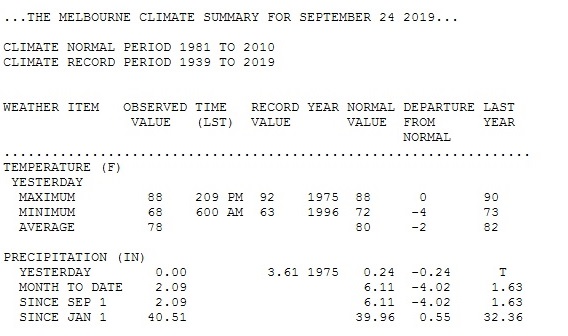 In a few weeks it will be Halloween; a few more and the triumvirate of year end holidays will be upon us.  I'd honestly pay to see them do this: 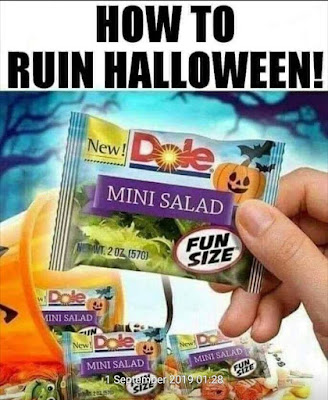