Very Little of the Election Went as I Wanted or Expected

The Transition Integrity Project's plans are coming to fruition.  Today's situation matches the scenario they called Game One, a contested election.  So far, at least, the details of how the scenario played out isn't matching what's going on in the various states.  For any value on tracking events versus how TIP modeled them, I present the first week here, from their document:  https://paxsims.files.wordpress.com/2020/08/preventing-a-disrupted-presidential-election-and-transition-8-3-20.pdf


I see none of these things happening, but it's a prediction for this week, not today.  Unlike the TIP, the ham-handed idiocy of the vote counters has been obvious and caught national attention.  Peter at Bayou Renaissance Man notes just a few of these idiocies.
Leaving the National scene for Florida, the very first thing I posted on in this election cycle, the constitutional amendment to raise the minimum wage passed - barely - statewide.  "Passing" for amendments requires a 60% vote and the last number I saw was 60.8%.  We can confidently predict this is going to hurt the people it claims to want to help because laws like this virtually always do.  Likewise, we can confidently predict that Florida cost of living will be undergoing inflation from this law in perpetuity.  Exactly how much is the part that's hard to calculate.

Over at Confessions of a Street Pharmacist, Divemedic points out one of the effects of laws like this: he's going to have to raise the rent at a few places he rents out. His costs have gone up already and this will raise them more.  That money has to come from somewhere, and since every penny a business has comes from its customers, the customers will have to make up that shortfall.  I'll take odds that chances are renters aren't far from a min wage job, if they're not at min wage itself.  Their cost of living will go up as their income does.  All of their costs.

This is the big lie behind the "tax the rich" mantra we've been hearing from Biden. The commercials say, "your taxes will NOT be going up unless you make more than $430,000." Maybe, maybe not, but one thing is clear: if you buy anything that a business sells and they tax businesses, your costs are going up. Technically, it's not your taxes going up, your expenses are going up to pay their taxes. 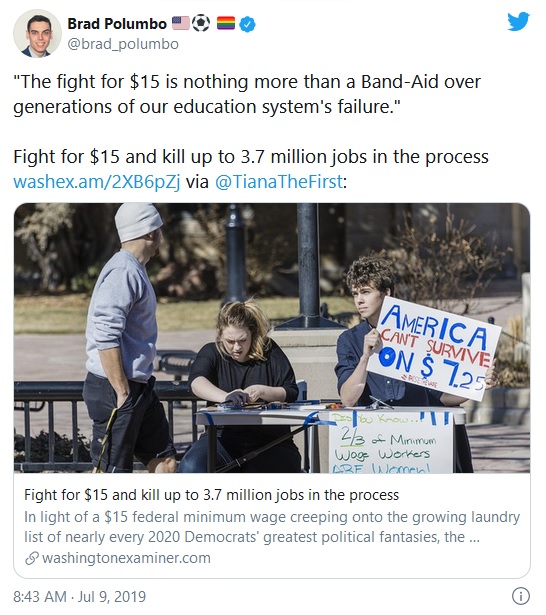