I guess that's kind of an odd headline; the Demo-1 mission back on May 30th was “officially flying,” it was just considered experimental.  With last week's approval of the SpaceX Crew Dragon for operational use by NASA, the Crew-1 mission currently on the way to dock with the International Space Station (ISS) isn't a special mission.  It's the first regular mission of the now-standard ride that NASA astronauts will be taking to space; at least until Boeing straightens out their Starliner capsule to take crews to the ISS and adds another way to get crews into space.

Being a night launch, we were treated to another beautiful sight, just not this beautiful: 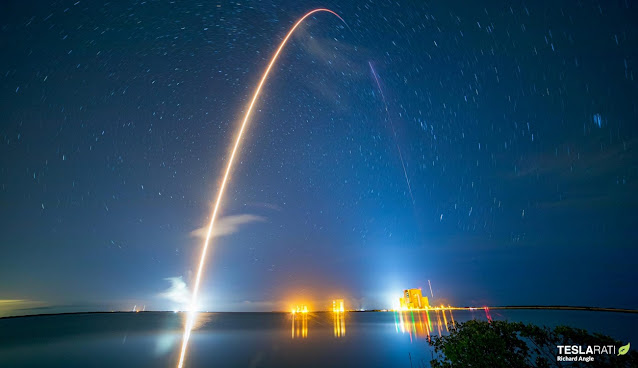 As the lower right says, Richard Angle photograph from Teslarati.  If you extend the arc of the trajectory down toward the horizon, it lines up with an unusually bright streak just above the buildings on the horizon.  That's the first burn of the first stage returning to land on their drone ship Just Read the Instructions.  We didn't see that from here, but the trajectory was toward the Northeast, so it's lower in the sky here 40-ish miles south of where that was taken. Additionally, we had some clouds that were low in the sky, blocking the NE.

Teslarati updates the mission as of this late this morning.  There were apparently some issues from software limits and a couple of glitches as the mission made orbit.

More pressingly, three of four heaters used to warm the propellant fed to Crew Dragon’s small Draco maneuvering and attitude control thrusters were automatically disabled a few hours after liftoff. Essential for most operations in orbit and necessary for Dragon to be allowed to remain docked with the ISS, restoring the functionality of at least one of the three heaters was essential, and SpaceX was thankfully able to restore function to all three by relaxing excessively conservative limits in the spacecraft’s flight software. Thanks to SpaceX’s fast work, Dragon is now in perfect health and ready for two crucial Draco burns at 11:20 am and 12 pm EST (UTC-5) on Monday, November 16th and is still scheduled to arrive at the ISS around 11 pm EST.

Sigh... I call that "Universal Software Fix:" turn it off and back on (restarting the pumps) and I'm sorry to hear it.

An interesting little fact about this mission is that the 24 hour delay from Saturday to Sunday due to high winds in the area has made their climb to the ISS take over three times longer.  Had they launched Saturday, the cruise phase would have been just 8-1/2 hours.  The hour delay gets them around 28 hours.  From last night at 7:27 PM until tonight at around 11 PM. 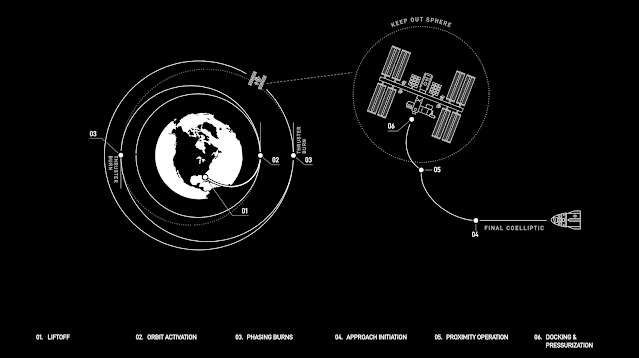