The Star Trek Future and Getting There From Here

Science fiction has regularly depicted a world where the robots were ubiquitous and ... somehow ... society had evolved.  Remember in Star Trek, they somehow were beyond money; in a society that had gone beyond scarcity?  They were officers in a space-going Navy, but never talked about getting paid?  When they wanted something, they told the replicator to make it for them.  But nobody in that universe ever depicted the world between ours and theirs, where the robots were displacing workers and society had to be funded more and more by fewer and fewer people.  Replicators are cool, but unlike warp engines, I'm not even aware of any research leading to them; the mathematics of special relativity that give us the incredibly large amounts of energy when we turn some matter into energy needs to run backwards in a replicator.  It would take the energy of multiple hydrogen bombs to "freeze out" the matter in a few drops of water.

Consider the Star Wars universe.  It was a universe where robots were everywhere.  Parts to build intelligent robots were so common that a kid on a desert planet could build his own.  What place is there for humans?  In the Force Awakens, we see the heroine, Rey, scavenging parts from derelict ships and wreckage for money from a scrap merchant, giving the impression humans do the jobs that are beneath the ubiquitous androids.  If that scrap were valuable, wouldn't they send robots to strip the wreckage?  In this universe, humans are still needed for work, despite sufficient Artificial Intelligence that 'droids are free to move at will in society.  How is that even possible? 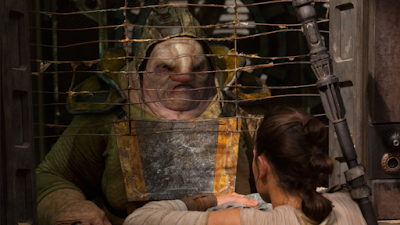 All of that is to lead into an article I'd like to recommend folks read.  It's not academic or remote from our current situation at all; it examines the stresses in a society where the few who still have the desk make a good living as we transition to a society where the robots do all the work and humans are reduced to a minor side role.  The article is "The Omen of Lost Shirts", and it's on LinkedIn - a place I hardly ever read.  H/T to 90 Miles from Tyranny. The author, a mechanical engineer/ PE, writes:


... I’d like to lead in with the following quote from an on-line political newsletter I stumbled upon:


Destroy people’s hopes for a better life and you make riot, revolution, anarchy, and war inevitable.

Think about that quote in the context of these three articles, Drop in real wages longest for 50 years, says ONS, Shocking data revision by feds: Americans’ wages dropped 4.2% instead of rising in the first quarter, and Working 60 Hours A Week At 3 Part-Time Jobs And Still Living Paycheck To Paycheck among a legion of similar pieces over the last few years.  And then consider this, specifically that “Nearly half of Americans would have trouble finding $400 to pay for an emergency.”  And this quote about the AI/robot jobpocalypse (bolding added):


Harari calls it “the rise of the useless class” and ranks it as one of the most dire threats of the 21st century. In a nutshell, as artificial intelligence gets smarter, more humans are pushed out of the job market. No one knows what to study at college, because no one knows what skills learned at 20 will be relevant at 40. Before you know it, billions of people are useless, not through chance but by definition.

"The Omen of Lost Shirts" refers to an incident that happened in France last October.  Two officials of Air France, one of them an deputy director of HR, were running a meeting about layoffs.  Some 3000 union protestors were present, and some of them rushed the two executives.  One had his jacket and shirt shredded, presumably by grabbing and pulling, while the other had his shirt ripped off from under his jacket.  Both were eventually able to flee under police protection.

The author spends time talking about H1B visas and the shenanigans going on with them, which I've written about, as well as the incident I also covered in which SEIU protestors went to a bankers house to "make it personal", invading the porch space and physically threatening the child left in the home.

It's safe to say you and I are not the only ones expecting a bull market in pitchforks, and torches, because this just can't go on and continue to escalate.  Someone is going to catch a load of 00 buckshot in their face and you know the old saying, "it's all fun and games until someone loses an eye everything from the neck up".

It's a longish article, but the smartest thing I've read in weeks.  Do go RTWT.  I don't know that any society can navigate the road from our current economics to the shiny, optimistic Star Trek future.  At some point, it seems that 10% of society will be working while paying 90% taxes for that privilege, and I don't think any society can work with those numbers.  The alternative is a dystopian future more like Blade Runner. 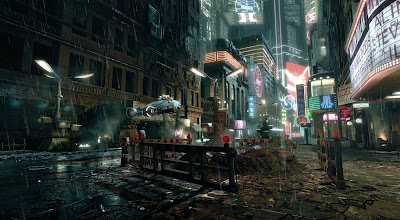 Posted by SiGraybeard at 8:18 PM