I always forget that October 9th is Dead Che Day, and should be celebrated to make up for all the millions upon millions of twits that wear Che tee shirts.  While I've mentioned Che on occasion, I've never done a Dead Che Day post in commemoration.

I grew up in Miami, mostly the northwestern part of the county Miami is located in, Dade county.  My big brother had a close friend whose father had come over in the late 50s, abandoning everything to get out of Cuba and start over in America.  I don't remember the friend extremely clearly, but I recall him having no touch of a Cuban accent while his parents (of course) did.  The father was an architect and I heard he found work in the US fairly easily.

I had many friends who were Cubans and gotten off the island even after Castro and gang came to power.  They were as anti-communist as you can imagine, and I don't remember any exceptions to that.  Cuban refugees were a normal part of life growing up.  The emigration started before I started first grade and was a constant all my life.  Cuban or American never entered discussion as kids.  We played together, went to parties together, dated across nationalities; we just grew up together.  As a rule, kids didn't talk deeply about politics so I didn't really hear about Che and his brutal history until years later.

Aesop over at Raconteur Report used this: 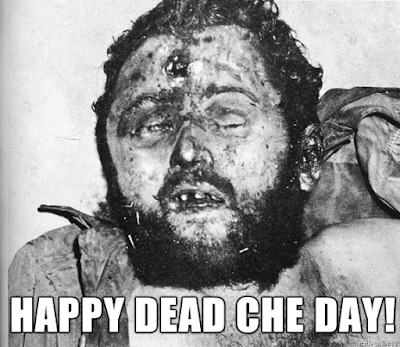 On the other hand, while I detest that murdering pig (Che) as much as anyone, I prefer ridicule, and there's no better place than The People's Cube, with a graphic I used back in 2013. 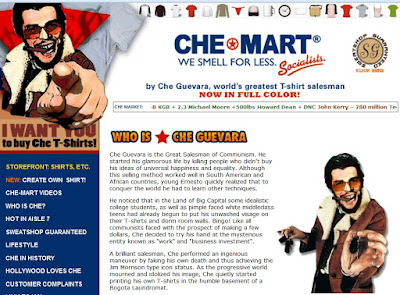