Got Time for a Podcast?

Go to Glenn Beck Program Podcasts and at the top of the page click on Hourly.  This only holds the last few days; look for hour 2 of today, 6/23/20.  After stumbling around for a half hour, I found a link to embed here so that you can get it for the foreseeable future.  Once the audio starts it's worth skipping ahead to about the 5 minute mark to avoid some commercials (just click on a faux audio plot; the timer is on the right - or drag the slider across on the bottom of the linked page).  The part I want to direct you to is the first "half hour" of the radio show.  The podcast is all the content in an hour of broadcast radio, so the whole thing is 41 minutes long and the interview ends at about 23 minutes on the timer.  That means you have 18 minutes to listen to.

The topic is the Great Reset, a Top-down-driven, Crony Socialist Revolution that we seem to be living in the early days of.  The Small Dead Animals post leads into this.  The big picture idea is to crash the dollar as the world's reserve currency and completely wipe out the world's economy then replace it with a crony socialist system.  I get a couple of financial/economic email newsletters and they have been talking about the economic situation that's central to the story (sample here from Bill Bonner).


In an article published on the World Economic Forum’s website, WEF founder and Executive Chairman Klaus Schwab said “the world must act jointly and swiftly to revamp all aspects of our societies and economies, from education to social contracts and working conditions.”

“Every country, from the United States to China, must participate, and every industry, from oil and gas to tech, must be transformed,” Schwab added. “In short, we need a ‘Great Reset’ of capitalism.”

Sharan Burrow, the general secretary of the International Trade Union Confederation (ITUC), said we need to use the present crisis to help “rebalance” the global economy.

“We need to design policies to align with investment in people and the environment,” Burrow said. “But above all, the longer-term perspective is about rebalancing economies.”

And they weren’t alone. Numerous other influential world leaders spoke at the WEF event, including Ma Jun, the chairman of the Green Finance Committee at the China Society for Finance and Banking and a member of the Monetary Policy Committee of the People’s Bank of China; Bradford Smith, president of Microsoft; and Gina Gopinath, the chief economist at the International Monetary Fund.

Specifics for the plan have yet to be laid out. Those will come at WEF’s meeting in Davos in January 2021, the theme of which will also be “The Great Reset.” But, like the Green New Deal, it’s clear that the purpose of the plan—as the quotes previously listed reveal—is to move the world economy toward socialism, using climate change and COVID-19 as justifications.

The podcast is an interview with Justin Haskins, whose "about the author" box reads:


Justin Haskins is editor-in-chief of StoppingSocialism.com. Haskins is a widely published writer and political commentator, the senior editor and founder of The Henry Dearborn Institute for Liberty, and the editorial director and research fellow at The Heartland Institute, a national free-market think tank. Follow him on Twitter @JustinTHaskins.

Offered for your consideration. 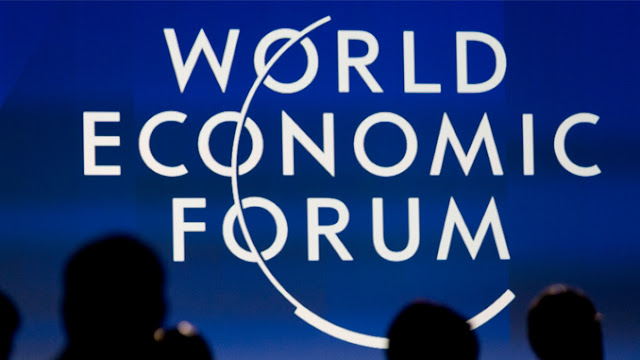 Labels: bags-o'-scum, big freakin' out of control government, commies and other idiots, economics, the big picture