As The Crew Dragon Test Flight and Work on Starship Continue

As the Bob & Doug Show continues, more formally the Demo 2 Test Flight of the Crew Dragon spacecraft, an interesting little modification to the existing NASA contract has gone through and is pointed out by a comment on the Teslarati news site.  You might have heard that NASA only wanted brand new Falcon 9 boosters for manned flights.  This contract modification, on the Federal Government's SAM.gov beta website says that they will allow reused Falcon 9s.


THE PURPOSE OF THIS BILATERAL MODIFICATION IS TO EXTEND THE DEMO-2 FLIGHT TEST FROM TWO WEEKS TO UP TO 119 DAYS AND ADD THE REQUIREMENT FOR 45TH OPERATIONS GROUP DETACHMENT 3 (DET-3) JOINT TEST TRAINING FOR PCM-1 THROUGH PCM-6 IN EXCHANGE FOR ALLOWING REUSE OF THE FALCON 9 LAUNCH VEHICLE AND CREW DRAGON SPACECRAFT BEGINNING WITH PCM-2. [BOLD added - SiG]

My own view, worth nothing, is that a once-flown booster is probably the peak of reliability; everything has been thoroughly tested, then thoroughly reinspected afterward.  Obviously, the Demo 2 test mission isn't over until the capsule reenters the atmosphere, splashes down in the Atlantic, and the crew is safe and sound on board the recovery ship.  That should be the weekend of September 26th, if the Days From Date Calculator isn't mistaken.  The crew for the next Crew Dragon mission is already in training and undoubtedly has been in training for quite a while; Doug Hurley and Bob Behnken were assigned to this mission and worked with SpaceX for five years before this flight.


Jim Bridenstine, explained during a pre-launch briefing that the next flight of the Crew Dragon could fly as soon as August 30. That flight, called Crew-1, would see the Dragon carry four astronauts to the space station for a six-month stay. On board will be three NASA astronauts — Mike Hopkins, Victor Glover, and Shannon Walker — who will be joined by Japanese astronaut Soichi Noguchi.

Meanwhile, work on preparing to resume testing the Starship prototypes continues.  The debris from SN4's RUD was largely cleared away the next day and the work of rebuilding all the damaged hardware has been underway.  The cause of the explosion was quickly isolated to Ground Support Equipment, a Quick Disconnect panel that's supposed to ease connecting and disconnecting fuel lines.  It's an assembly like this one, although this particular QD is on the Starhopper that flew last summer.

Shortly after a post-launch briefing celebrating and discussing SpaceX’s inaugural astronaut launch on May 30th, Reuters reporter Joey Roulette was able to ask Musk about Starship SN4’s spectacular demise the day prior. The SpaceX CEO was quoted saying that “what we thought was going to be a minor test of a quick disconnect ended up being a big problem”, confirming suspicions based on careful analysis of public views of the explosion that it was caused by issues with Starship’s ground support equipment (GSE).

Reading the LabPadre video sidebar, it seems there was hope of moving SN5 to the test stand today but those plans were scuttled and the road closure postponed until Thursday, June 11, at 6AM to 2PM CDT.

Meanwhile, in addition to the Starship testing in Texas, SpaceX has their first four-launch month scheduled.  Four in a month isn't a huge improvement; their previous busiest was four launches in 32 days, but it's indicative of a continuing emphasis on getting better at what they do and improving their launch tempo.  Those are:

With a June 30th launch - as usual, a “No Earlier Than” date - it doesn't take much of a delay to push that into July, but July 3rd is 30 days later, just not a calendar month.  It's interesting to watch, not so much for the milestone of four launches in a calendar month but seeing the cadence they're attempting to hold.  SpaceX has 14 commercial launches scheduled in the second half of 2020, while an additional 20-24 Starlink launches were talked about at the start of the year.  So far, they're off their stated goals, with it looking more likely they'll get 18 Starlink launches. 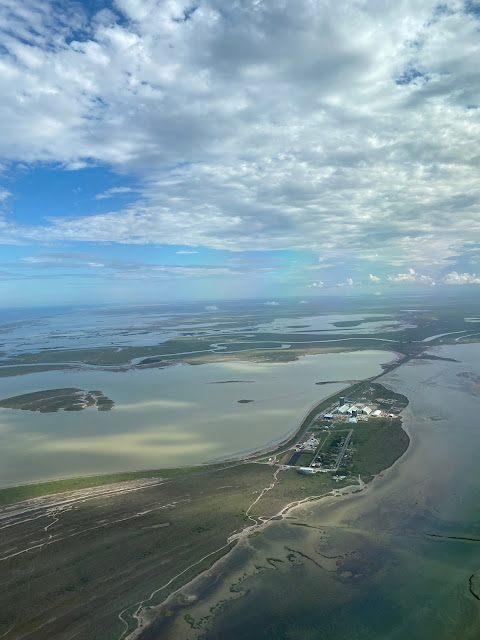 SpaceX's Boca Chica, Texas, production and test facility.  From Elon Musk.  There's talk of building something the size of NASA's Vehicle Assembly Building to accommodate the Starship Heavy that is in development now.