The whole field of antennas and how to get them to do what you want comes up regularly.  There's dozens of books on the topic and an article or two isn't going to get you expertise.  Things that I think might be important may not be relevant to how you want to operate.  I've written lots on this from a more or less "how do they work" perspective.
Lately, I've been playing with something like The Three Laws of Antennas, patterned after Asimov's Three Laws of Robotics.


First Law: anything you can put up works better than nothing at something.
Second Law: nothing is best at everything.
Third Law: whatever you can put up won't be as good as you'd like.  Unless you have a Jeff Bezos-level budget including the property to match.

A friend once told me that “Engineering is the art of compromise” and antennas are a perfect example.  The three laws emphasize that, each in their own way.

It's my experience that most hams don't go out and put up some sort of megabucks antenna installation as they're starting out, going instead for something that's a bit more of a compromise, so let's consider a compromise antenna.  This is a length of wire that can only be resonant at one frequency and unless that frequency happens to be in a ham band, you won't be able to use it.   It doesn't matter what antenna you pick in terms of this discussion: a G5RV multiband antenna; an Off Center Fed Dipole (OCFD) or just a random length of wire, end fed.

As a general rule, transmitters are fussier about the exact impedance of the antenna than receivers are and you'll find that your transmitter might not put out power at all - especially if it's a solid state (transistor of some kind) final.  What you need here is an antenna tuner.  I prefer automatic tuners (autotuners) because I like pushing a button and letting it do the work.  There are many on the market; the first I owned was by LDG and I still have a couple of them.

What's inside an antenna tuner?  An impedance matching network called an L network.  It's simply two parts in a configuration that looks like the letter L, if you lie on your side.   The two components can be a series L/shunt C, a series C/shunt L, both can be inductors or both can be capacitors.  There are eight possible configurations; four to match to higher impedance, four to match to lower.   It helps to visualize the direction of impedance change, to higher or lower impedance, if you draw it almost like a little ladder.  The shunt component is on the higher impedance side.  In this example, we're climbing up to a higher impedance load.  If the load was lower impedance, the shunt component would on the source side - still the higher impedance side.  Another thing I like about an autotuner is that I don't have to think about this.  I push a button and it finds a good solution. 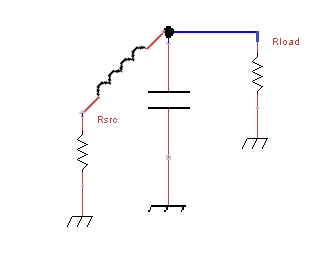 The autotuner is an L-network with a bunch of coils and capacitors with relays to switch the series and shunt components of the L-network end to end and change their values rapidly; series adding inductors or parallel adding capacitors.  The tuner tries a combination, measures VSWR, compares it to the starting value and goes through an optimization process to find the lowest VSWR it can get.  In the end though, it’s electrically two components.

If you shop for radios, you'll find that a number of models feature an internal autotuner; everyone I've seen is limited in the range it can tune to 3:1 VSWR or less.  By comparison, the external autotuners tune a much wider range of impedance, 10:1 or more.  There are also external tuners that are more than just a two component L network; they can tune even wider ranges.  I've had older model radios that tuned well beyond the 3:1 range, which is a fairly minor adjustment.  Newer radios have software that does that first measurement, sees that it's starting above the limit, and won't try to tune at all.

The manually tuned analyzers like the MFJ are lacking in a lot of features, but you can trim an antenna for lowest VSWR with one.  There are many antenna analyzers that do a frequency sweep for you and save the impedance values, both resistance and reactance with sign, save plots, or even export files of your antenna data for use in antenna design (or redesign for new purposes). 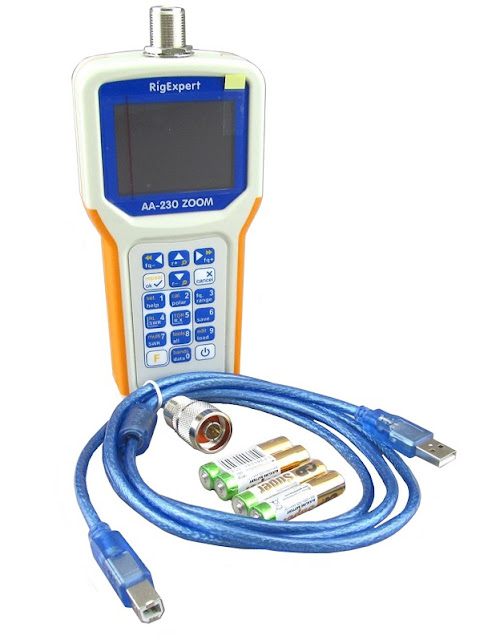 “In the old days,” we used to tune an antenna to resonance by turning down the transmitter power, keying it up, measuring SWR with an SWR meter, and keeping track of how it changes.  If you're putting together a station, you should consider an external autotuner if you have a radio that limits tuning to 3:1, and especially if your radio doesn't have a built in tuner.  An analyzer is a purchase that makes most sense if you plan to experiment with antennas or want to build more.  They make keeping track of changes in your antennas easier, too.  I have an analyzer (not made anymore or I'd show you a picture) and since I make little odds and ends around the shack, I use it to measure components as well as measuring antennas.  They're useful tools.