Sometimes It's Hard to Know If We're Being Pwned

Thanks to a tip while listening to Glenn Beck this morning, I found out about the latest thing in protection from things we inhale.  It's on Kickstarter right now and it's called Nosy.  Not nosy like the neighbor who always wants to watch what you're doing.  Nosy like... well... like nothing that I can think of.  Nosy as in a filter to be worn on your nose.  Like these beautiful people. 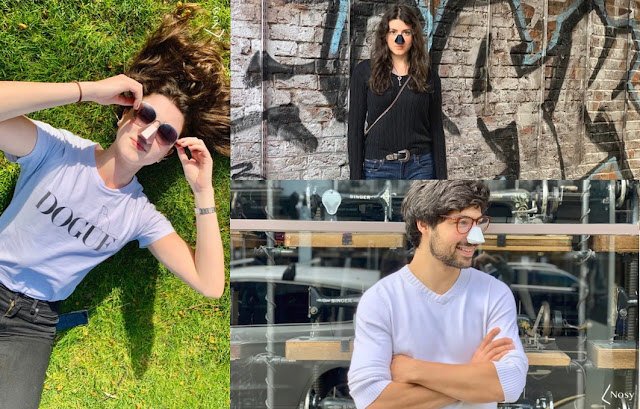 A montage I put together from images on the Kickstarter page.

Nosy is not advertised as being for Covid; it's aimed at protection from air pollution.  The page lists dire sounding facts one after another about why air pollution is so bad for people.  There are actually two filters in the plastic nose; a HEPA filter for pollution particles down to 0.3 micron, and an activated charcoal filter for removal of Volatile Organic Compound pollution.  The HEPA filter is still a bit large compared to viruses in general (Covid-19 comes in at 0.125 to 0.15 micron), but better than "casual" masks (that is, not genuine N95 masks but the cloth gaiters that people are wearing as well as "surgical masks" that aren't N95). 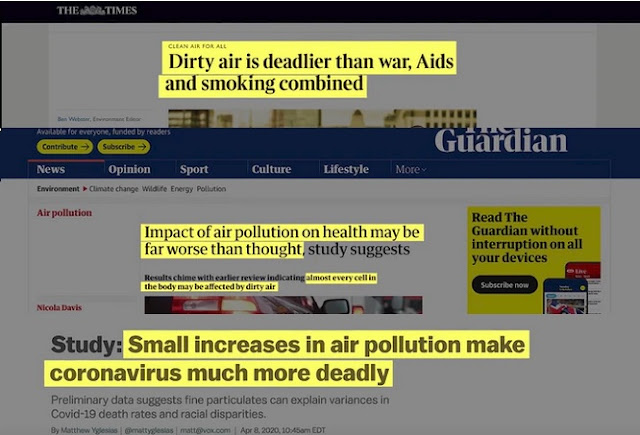 Some of the air pollution headlines the Nosy Kickstarter talks about.

Reading some of the deadlines of the various support levels there tells me the Nosy Kickstarter has been going for quite a while.  There are proposed delivery dates from last July.  That tells me it's not an April Fool's Day joke.  Unless it was for April of '20 and they just left it.

No, I think this is real.

Years ago, I was watching a commercial and the thought occurred to me that the most important job a model has is to not look like they feel stupid wearing the clothes, or whatever product they're trying to sell. Hat's off to this model and the rest.