There Was a Hidden Message in Mars Perseverance's Parachute

Did you notice the odd coloring on the parachute that Perseverance used to land on Mars?  Perhaps in this video?  I noticed the parachute didn't look like a typical alternating red and white segment pattern but didn't think much about it. 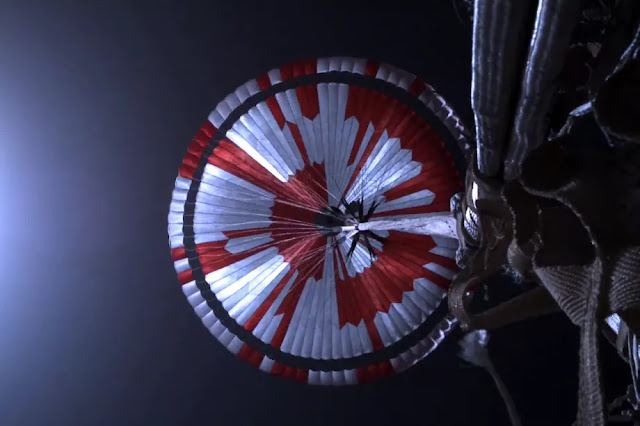 Because I don't have a Twitter account and don't live on the app full time, I didn't notice that apparently NASA officials said it contained a hidden message written in a code.  Allen Chen, the entry, descent, and landing lead for Perseverance, dared the public to figure the message out during a press conference last Monday.  Challenge the Internet nerds?


Internet sleuths cracked the message within hours. The red and white pattern spelled out “Dare Mighty Things” in concentric rings. The saying is the Perseverance team’s motto, and it is also emblazoned on the walls of Mission Control at NASA’s Jet Propulsion Laboratory (JPL), the mission team’s Southern California headquarters. 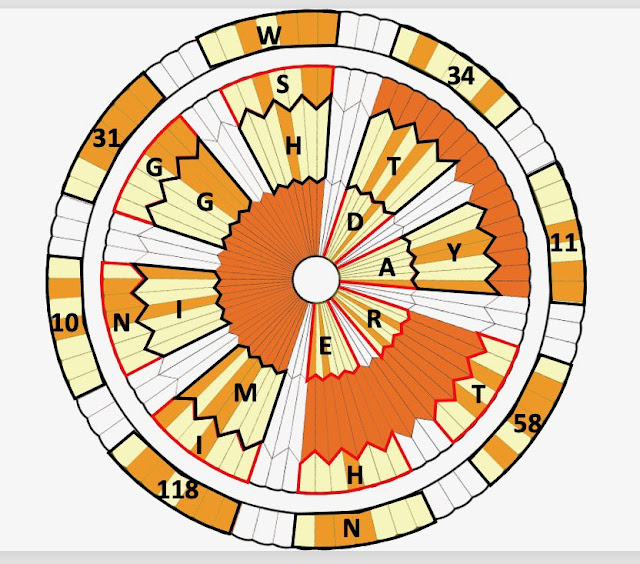 There's a long history of leaving messages behind.  As Allen Chen said, “People can’t resist putting a little personal touch in their work,” Chen said. “But the vast majority of these will never be known — even by me.”


The Curiosity rover, which landed on the Red Planet in 2012, had tiny holes dotted in its hollow aluminum wheels to allow Mars pebbles caught inside to escape.

It's really not uncommon to find engineers leaving some sort of personalization in their work, like their initials, or some sort of logo.  I've seen them on things from printed circuit boards to inside integrated circuits and on spacecraft before flight.

I'd explain the code, but I don't want to ruin it for you.