Last night, the word got out in a press release from Cameron County Texas, the home of the SpaceX facility at Boca Chica, that road closures were being put in place for the whole day today to accommodate a static firing and then launch of SN11 to the 6 mile height previous Starship prototypes have hopped to.  Although there was a static fire by 8:09AM CDT, something was clearly wrong because by 9:50AM cars were going to pad followed by lots of heavy equipment.  A scrub for the day was announced by 2:40PM.  A bit after 4PM Elon Musk tweeted that it looks more like Monday than tomorrow.

It’s unclear what caused the scrub but weather or technical issues from the static fire are the two most likely candidates.  It was foggy this morning, cleared at midday and then came back late in the day.  The Starship prototypes have all flown in weather that was clear enough for filming from the ground and I couldn't tell you if it was that good today.  SpaceX still has TFRs active on Saturday and Sunday, but combine the fact that the company hasn’t tested or flown on a weekend in months with Elon's tweet and an iffy weather forecast and it ends up looking like Monday or even Tuesday.
So let me leave you with a pretty picture of SN11 at daybreak, from Teslarati: 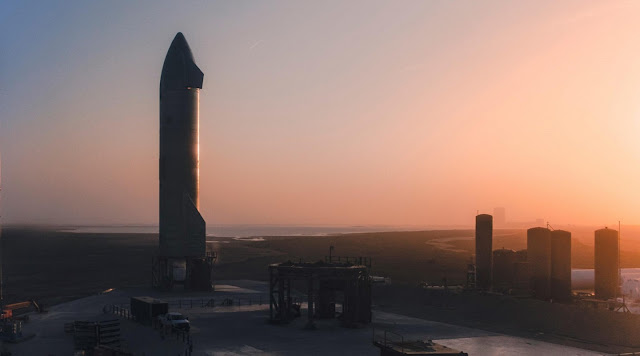