It was what I call chamber of commerce weather today: the kind of weather they like to brag about.  Beautiful blue skies and pleasant temperature; roughly 65 at daybreak and 85 for the high.  To be honest, we can get this kind of day from now until April or May, most years.

So off to the range to knock off a little rust - from us, not the guns!  We hadn't taken the shotguns down in long enough that neither of us could remember, so that was first order of business, followed by running a box of 50 through the EDC guns.  It's actually been since early summer that we did that, too.

Our club suffered severe flooding a few weeks ago, and the waters haven't fully receded.  My favorite place, the 200 yard rifle range, was still closed due to standing water.  There's a 50 yard generic use range, that tends to be used for long guns, although handguns are allowed.  I've never tried to shoot rifled slugs 50 yards from my smooth bore Mossberg before, so I tried a box. 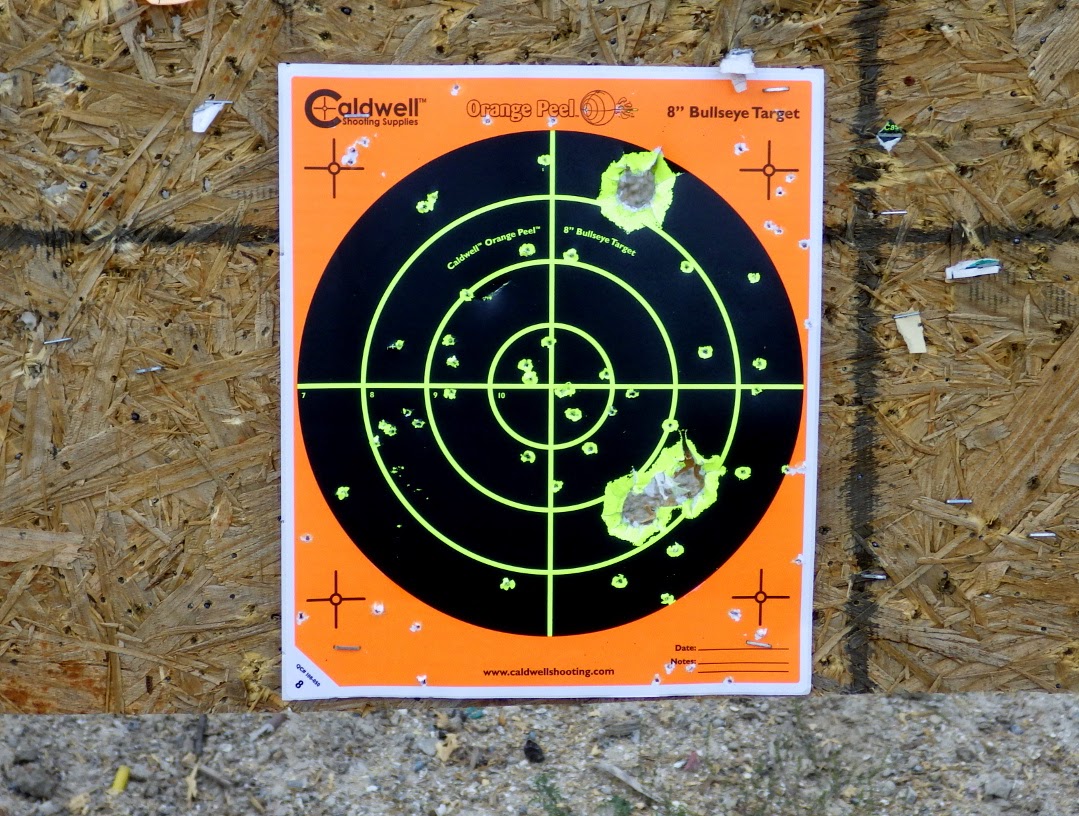 That's the last 3 of 5, as I started to get used to the sights.  No rear sight.  A small fiber optic dot front sight like this.  Not bad out of an 18" barrel; I could get get used to these.  Oh, and the "measles" are from a few rounds of Wally World bird shot from that box in the foreground. 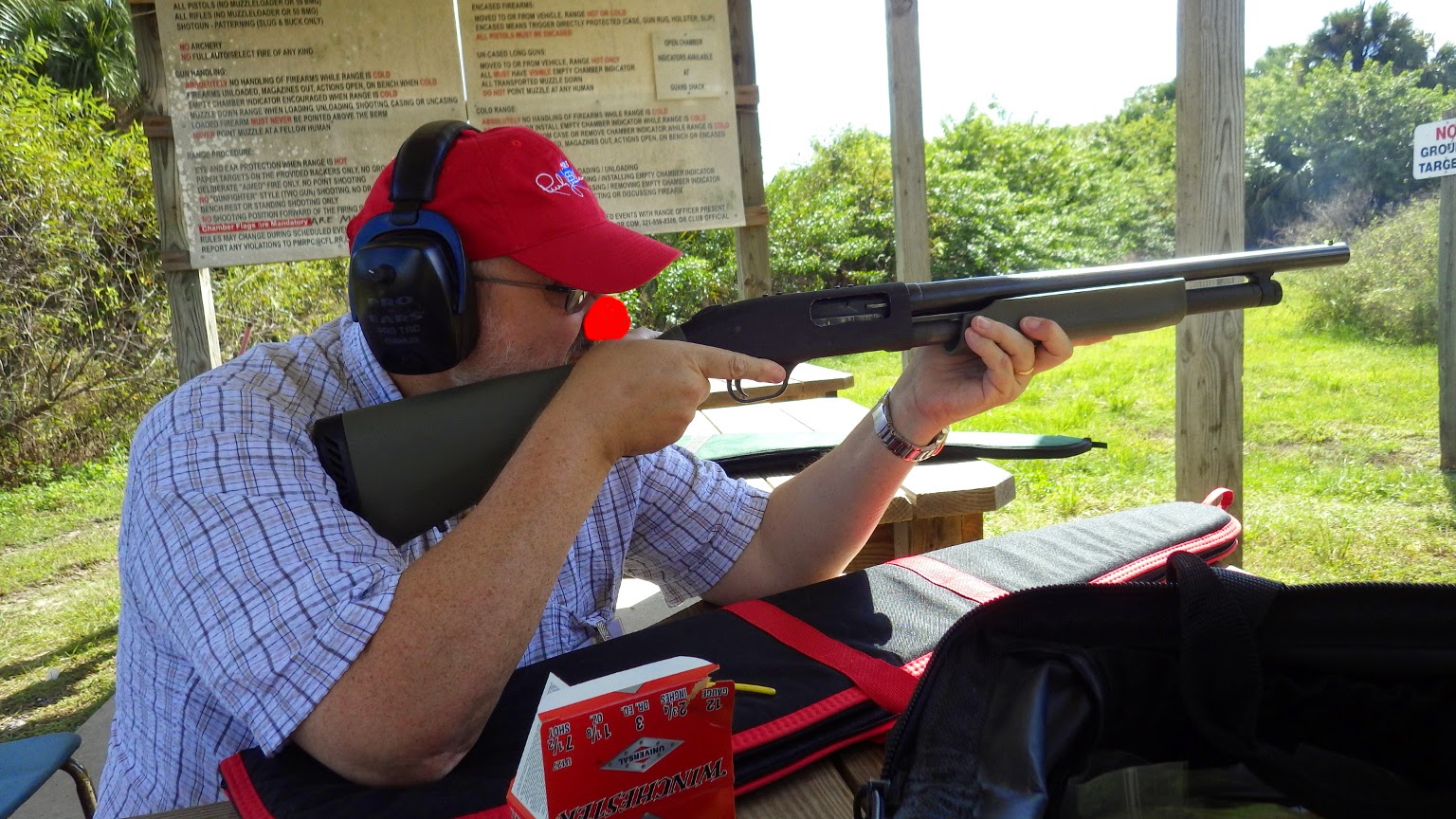 You know, every time we go shooting, I always leave with a smile on my face and saying, "That was fun!  We should do this more often."