Not that season, the Halloween season.

I can't say I'm much of a Halloween freak, like the guys down the block with spiderwebs, ghosts, and all sorts of things in front of their house.  I didn't even know they had Halloween lights to hang outside!  Obviously, I can't say I pay much attention to it at all.  If some adults want to dress up funny once a year, who am I to object?  I have to admit, dressing up your preschool-age daughters as little prostit-tots fills the air over my head with Looney Tunes-style question marks, but if an adult wants to dress the part for a party, that's entirely different.

To me, a highlight of the season is that I get to see the fresh work from Jon Neill at the Neill Studios.  Without a doubt, year in and year out, he carves the most amazing pumpkins I get to see.

Neill, who is now a member of the Laguna College of Art and Design, began his career in movies as an artist for clients like Michael Jackson, Jurassic Park, and Universal Studios.

Neill does some amazing work.  Take this one, which is kind of plain for Jon: 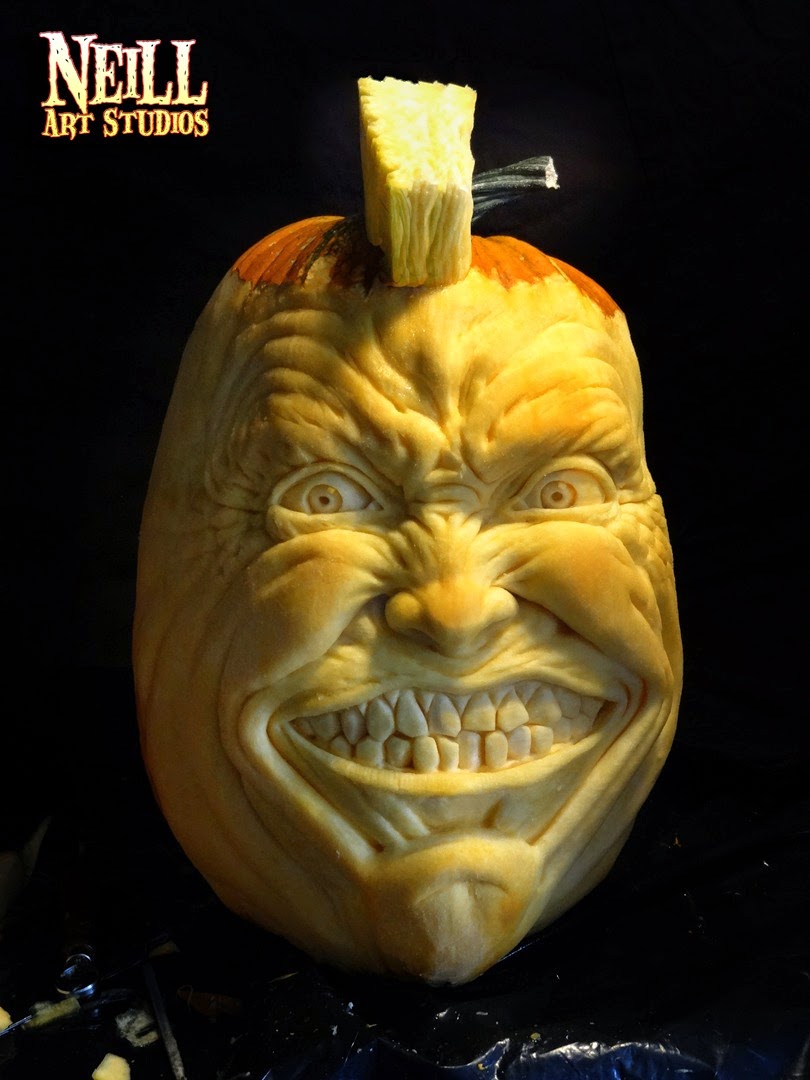 There's a video of him carving one of his scarier looking pumpkins here.  Jon's work is a highlight of the year.