Techy Tuesday - Remember the Biolite Kickstarter? Did You Buy In?

Back in Mid-June, I did a post about a Kickstarter campaign I found for a Biolite BaseCamp stove.  I took the bait and bought one, knowing I wouldn't get it until late September or early October.

Well, it's here, and so far I'm underwhelmed.

The attraction of the Biolite stove isn't that it's a nice little woodburning stove to cook on - I have at least two of those - the attraction is that it has a thermoelectric generator that will charge things you would charge with a USB charger: 5V at 1A.  The stove has a little panel on it with status LEDs that tell you the charge state on its internal 5V 2.2 AH battery, and the intensity of your fire.  This is the only picture of it I could find (and didn't think to take my own).  (Biolite photo you can see lots of other pictures of it at their place.) 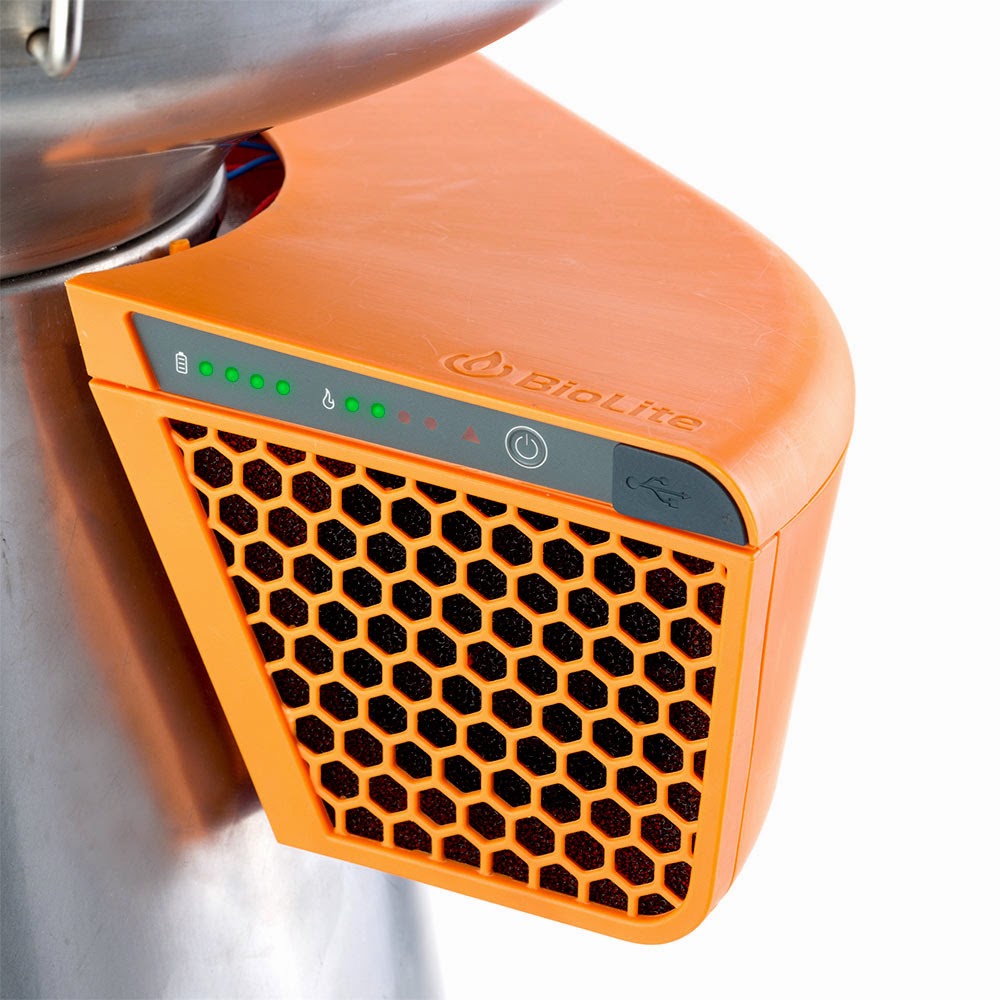 The battery status is on the left (four LEDs) while the fire is a 2 LED fire.  My issue is that I've never been able to charge the internal battery and get it to go past the second LED.  We've run the thing more than three hours spread over two occasions and have yet to see the internal battery charge.   Most of that time, I've run it at fire levels I'd never want to grill on.  We've connected the charger to an iPhone and a Kindle and neither one charged.  The charger would only turn on briefly, when the battery was at the second LED, then turn back off.

My impression is that it's defective and I've initiated contact with their Customer Support folks, who asked for some more details.

Did any of you guys also get in on this kickstarter?  If so, is yours working better than mine?  If there's interest, I'll let you know what's up with it.