When Airbus announced the A380, my first thought was that it was going to be a cattle car.  A double decker aircraft with a capacity between 525 and 853, depending on version, it just seems like the emphasis was reducing passenger cost per mile. You'll want to moo while boarding.

It turns out that with all that space, some airlines thought there was a market for business class that went beyond the generous business class ordinarily available to new levels of opulence and decadence.  Singapore Airlines introduced their Suites Class in 2008 for their flagship A380 service.  They go beyond the "pods" that US airlines feature (I've seen Delta's) which offer a seat that reclines into a flat bed all the way to private cabins with sliding doors and a level of luxury that blows my mind.

A young guy named Derek Low was somehow able to do a photo shoot of a flight in Suites class from Singapore to New York and posted his photo blog here.  He calls it "What It's Like to Fly the $23,000 Singapore Airlines Suites Class". 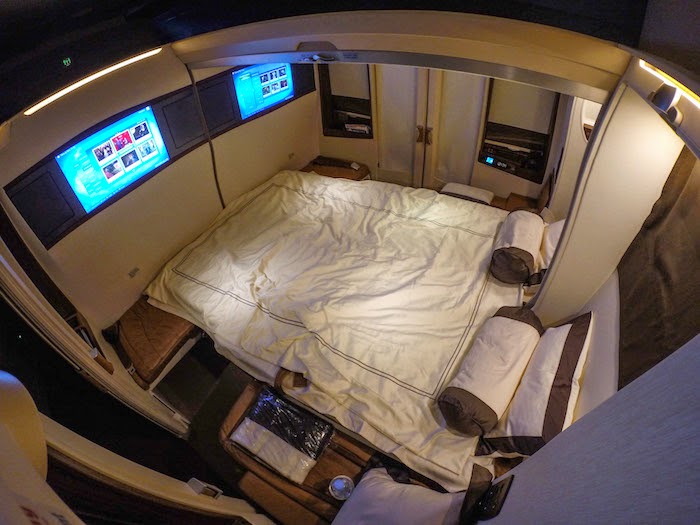 This is a whole 'nother world from anything I've ever seen or experienced.  Unless you're extraordinarily wealthy, you probably haven't either.  But interesting to see.